Context. Matter flows from the central regions of quasi-stellar objects (QSOs) during their active phases are probably responsible for the properties of the super-massive black holes and those of the bulges of host galaxies. To understand how this mechanism works, we need to characterize the geometry and the physical state of the accreting matter at cosmological redshifts, when QSO activity is at its peak.
Aims: We aim to use X-ray data to probe the matter inflow at the very center of a QSO at z = 3.62. While complex absorption, the iron K emission line, reflection hump, and high-energy cutoff are known to be almost ubiquitous in nearby active galactic nuclei (AGN), only a few distant objects are known to exhibit some of them.
Methods: The few high-quality spectra of distant QSO were collected by adding sparse pointings of single objects obtained during X-ray monitoring campaigns. This could have introduced spurious spectral features due to source variability and/or microlensing. To avoid such problems, we decided to collect a single-epoch and high-quality X-ray spectrum of a distant AGN. We thus picked up the z = 3.62 QSO B1422+231, whose flux, enhanced by gravitationally lensing, is proven to be among the brightest lensed QSOs in X-rays (F2-10 keV ~ 10-12 erg s-1 cm-2).
Results: The X-ray spectrum of B1422+231 is found to be very similar to the one of a typical nearby Seyfert galaxy. Neutral absorption is clearly detected (NH ~ 5 × 1021 cm-2 at the redshift of the source), while a strong absorption edge is measured at E ~ 7.5 keV with an optical depth of τ ~ 0.14. We also find hints of the FeKα line in emission at E ~ 6.4 keV line (EW ≲ 70 eV), and a hump is detected in the E ~ 15 - 20 keV energy band (rest frame) in excess of what is predicted by a simple absorbed power-law.
Conclusions: The spectrum can best be modeled with two rather complex models; one assumes ionized and partially covering matter along the line of sight, the other is characterized by a reflection component. We argue that reflection seems more plausible here on a statistical basis. In this scenario, the primary emission of B1422+231 is most probably dominated by the thermal Comptonization of UV seed photons in a corona with kT ~ 40 keV. We also detected a reflection component with relative direct-to-reflect normalization r ~ 1. These findings confirm that gravitational lensing is suitable for obtaining good-quality X-ray spectral information of QSOs at high-z, moreover, they support the idea that the same general picture characterizing AGN in the nearby Universe is also valid at high redshift. 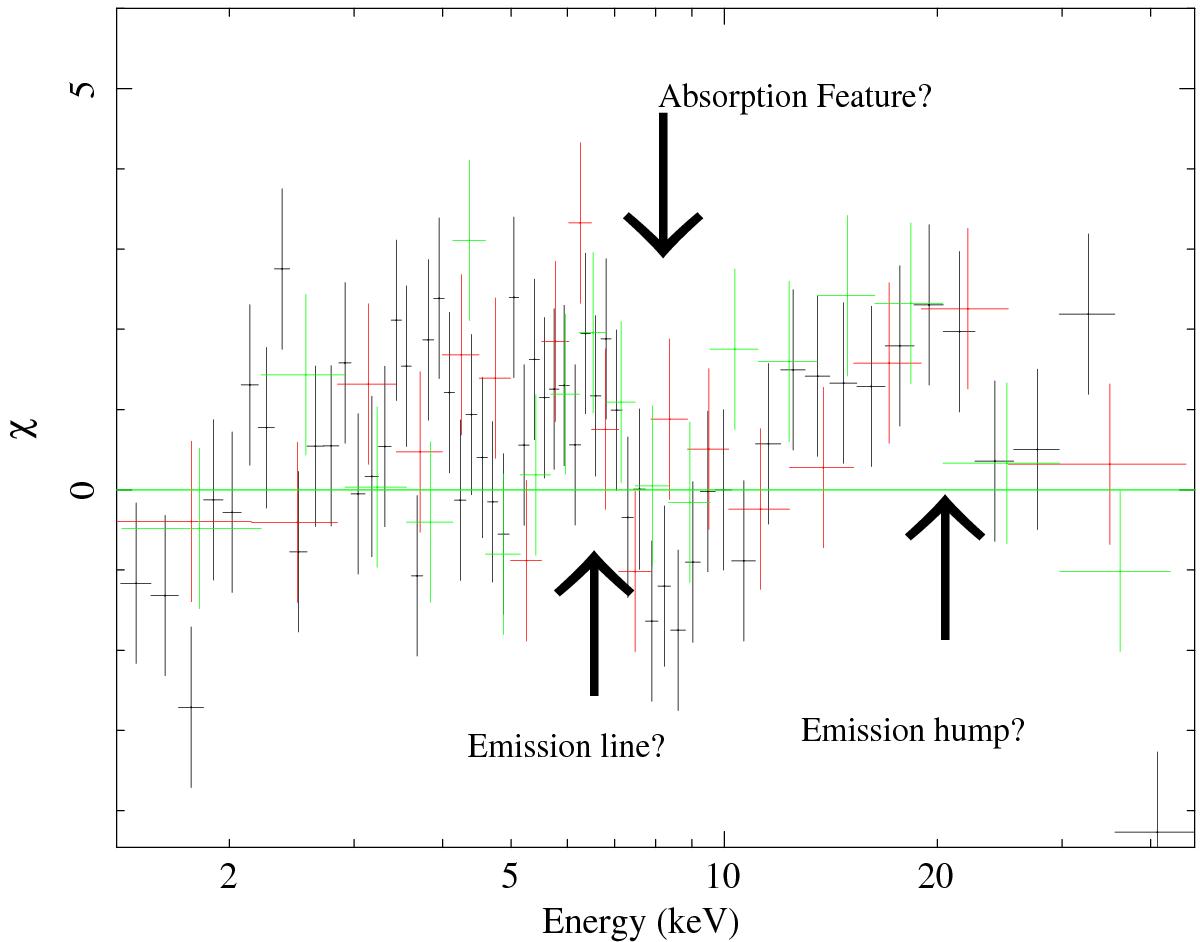