Volatile-carbon locking and release in protoplanetary disks. A study of TW Hya and HD 100546


Aims: The composition of planetary solids and gases is largely rooted in the processing of volatile elements in protoplanetary disks. To shed light on the key processes, we carry out a comparative analysis of the gas-phase carbon abundance in two systems with a similar age and disk mass, but different central stars: HD 100546 and TW Hya.
Methods: We combine our recent detections of C0 in these disks with observations of other carbon reservoirs (CO, C+, C2H) and gas-mass and warm-gas tracers (HD, O0), as well as spatially resolved ALMA observations and the spectral energy distribution. The disks are modelled with the DALI 2D physical-chemical code. Stellar abundances for HD 100546 are derived from archival spectra.
Results: Upper limits on HD emission from HD 100546 place an upper limit on the total disk mass of ≤0.1 M⊙. The gas-phase carbon abundance in the atmosphere of this warm Herbig disk is, at most, moderately depleted compared to the interstellar medium, with [C]/[H]gas = (0.1-1.5) × 10-4. HD 100546 itself is a λBoötis star, with solar abundances of C and O but a strong depletion of rock-forming elements. In the gas of the T Tauri disk TW Hya, both C and O are strongly underabundant, with [C]/[H]gas = (0.2-5.0) × 10-6 and C / O > 1. We discuss evidence that the gas-phase C and O abundances are high in the warm inner regions of both disks. Our analytical model, including vertical mixing and a grain size distribution, reproduces the observed [C]/[H]gas in the outer disk of TW Hya and allows to make predictions for other systems. 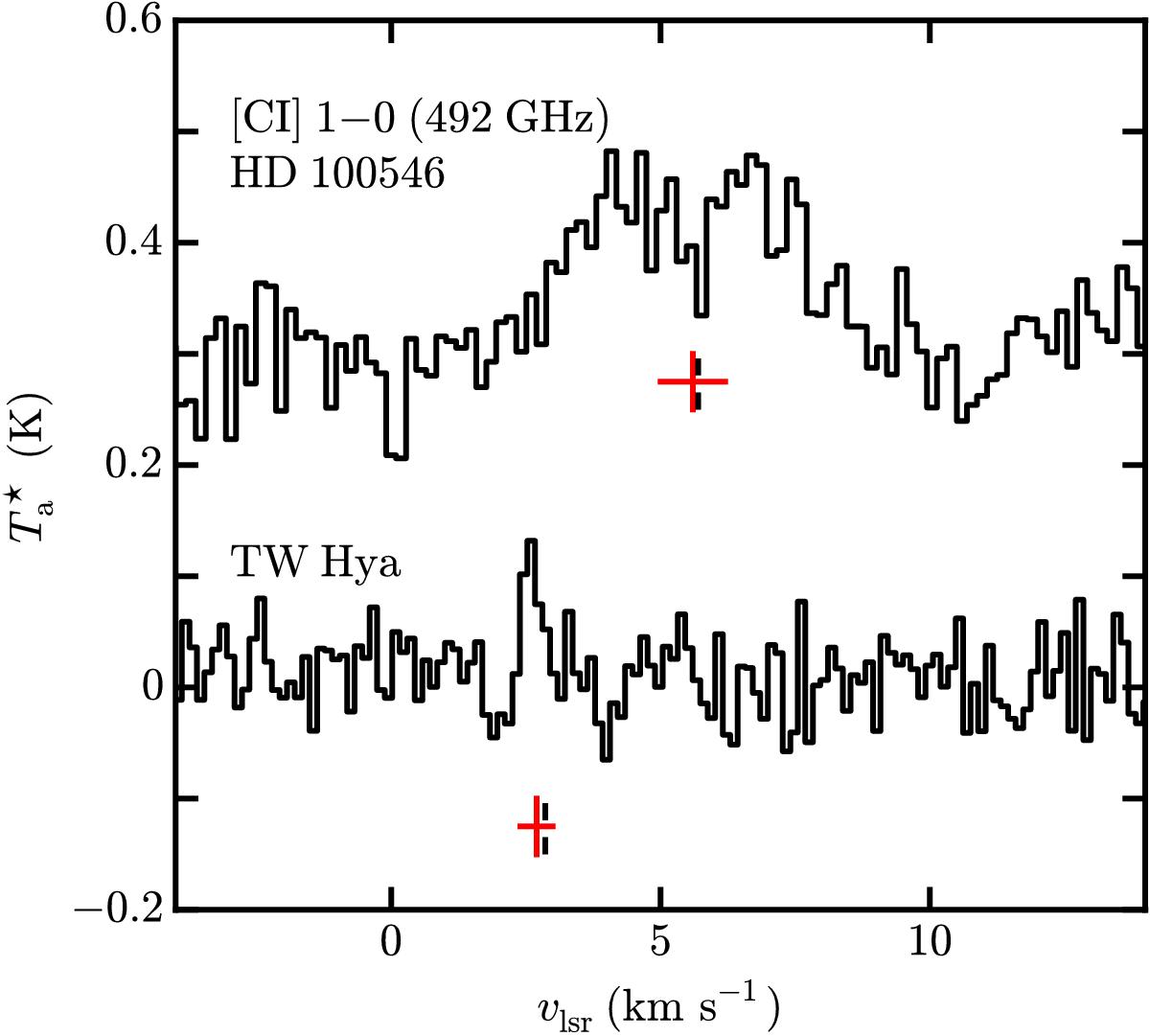