We present MUSE integral field spectroscopic data of the S0 galaxy NGC 3115 obtained during the instrument commissioning at the ESO Very Large Telescope (VLT). We analyse the galaxy stellar kinematics and stellar populations and present two-dimensional maps of their associated quantities. We thus illustrate the capacity of MUSE to map extra-galactic sources to large radii in an efficient manner, I.e. ~4 Re, and provide relevant constraints on its mass assembly. We probe the well-known set of substructures of NGC 3115 (nuclear disc, stellar rings, outer kpc-scale stellar disc, and spheroid) and show their individual associated signatures in the MUSE stellar kinematics and stellar populations maps. In particular, we confirm that NGC 3115 has a thin fast-rotating stellar disc embedded in a fast-rotating spheroid, and that these two structures show clear differences in their stellar age and metallicity properties. We emphasise an observed correlation between the radial stellar velocity, V, and the Gauss-Hermite moment, h3, which creates a butterfly shape in the central 15'' of the h3 map. We further detect the previously reported weak spiral- and ring-like structures, and find evidence that these features can be associated with regions of younger mean stellar ages. We provide tentative evidence for the presence of a bar, although the V-h3 correlation can be reproduced by a simple axisymmetric dynamical model. Finally, we present a reconstruction of the two-dimensional star formation history of NGC 3115 and find that most of its current stellar mass was formed at early epochs (>12 Gyr ago), while star formation continued in the outer (kpc-scale) stellar disc until recently. Since z ~2 and within ~4 Re, we suggest that NGC 3115 has been mainly shaped by secular processes. 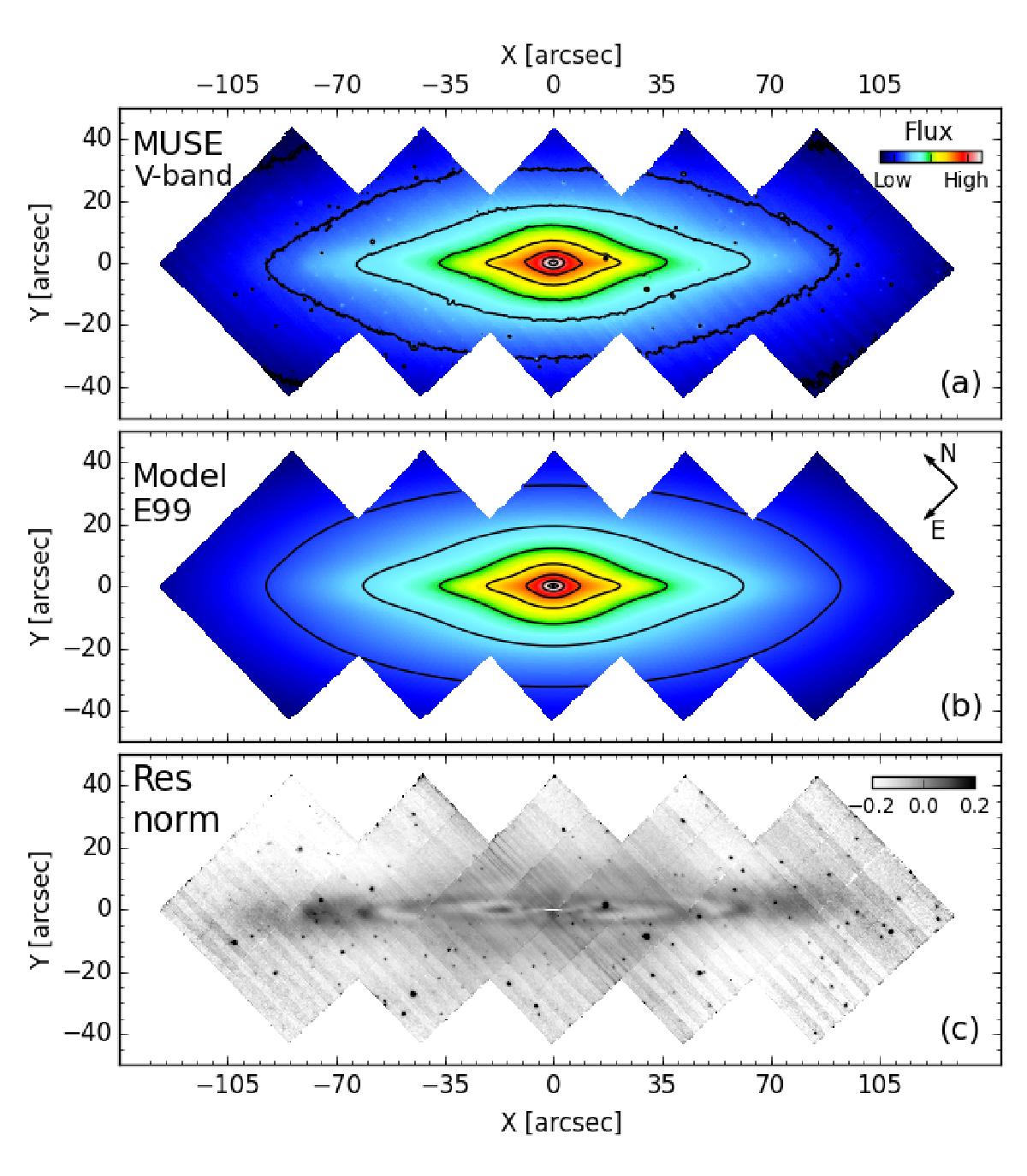