Context. is an M supergiant that harbors spots and giant granules at its surface and presents linear polarization of its continuum.
Aims: We have previously discovered linear polarization signatures associated with individual lines in the spectra of cool and evolved stars. Here, we investigate whether a similar linearly polarized spectrum exists for .
Methods: We used the spectropolarimeter Narval, combining multiple polarimetric sequences to obtain high signal-to-noise ratio spectra of individual lines, as well as the least-squares deconvolution (LSD) approach, to investigate the presence of an averaged linearly polarized profile for the photospheric lines.
Results: We have discovered the existence of a linearly polarized spectrum for , detecting a rather strong signal (at a few times 10-4 of the continuum intensity level), both in individual lines and in the LSD profiles. Studying its properties and the signal observed for the resonant Na I D lines, we conclude that we are mainly observing depolarization of the continuum by the absorption lines. The linear polarization of the Betelgeuse continuum is due to the anisotropy of the radiation field induced by brightness spots at the surface and Rayleigh scattering in the atmosphere. We have developed a geometrical model to interpret the observed polarization, from which we infer the presence of two brightness spots and their positions on the surface of . We show that applying the model to each velocity bin along the Stokes Q and U profiles allows the derivation of a map of the bright spots. We use the Narval linear polarization observations of obtained over a period of 1.4 yr to study the evolution of the spots and of the atmosphere.
Conclusions: Our study of the linearly polarized spectrum of provides a novel method for studying the evolution of brightness spots at its surface and complements quasi-simultaneous observations obtained with PIONIER at the VLTI. 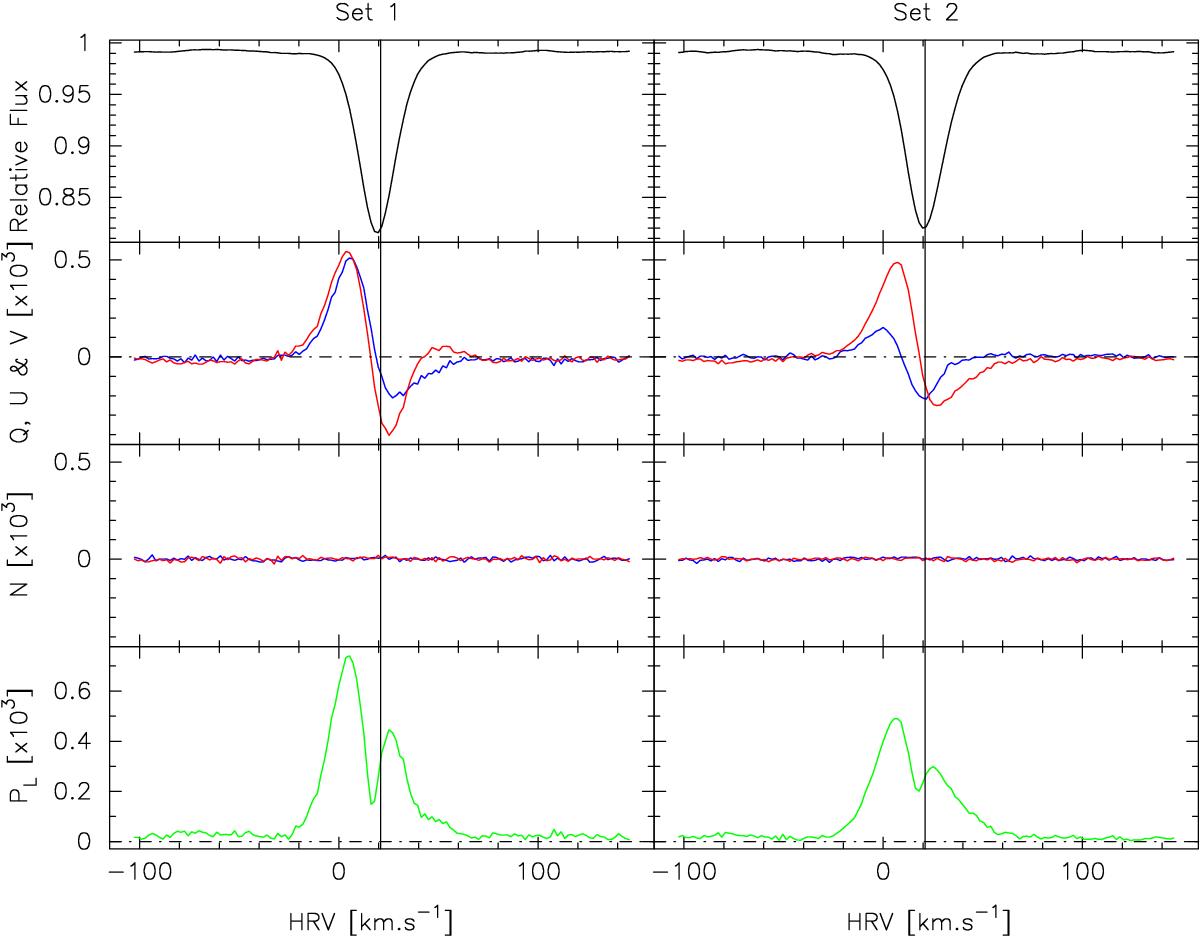