Habitability of planets on eccentric orbits: Limits of the mean flux approximation

Unlike the Earth, which has a small orbital eccentricity, some exoplanets discovered in the insolation habitable zone (HZ) have high orbital eccentricities (e.g., up to an eccentricity of ~0.97 for HD 20782 b). This raises the question of whether these planets have surface conditions favorable to liquid water. In order to assess the habitability of an eccentric planet, the mean flux approximation is often used. It states that a planet on an eccentric orbit is called habitable if it receives on average a flux compatible with the presence of surface liquid water. However, because the planets experience important insolation variations over one orbit and even spend some time outside the HZ for high eccentricities, the question of their habitability might not be as straightforward. We performed a set of simulations using the global climate model LMDZ to explore the limits of the mean flux approximation when varying the luminosity of the host star and the eccentricity of the planet. We computed the climate of tidally locked ocean covered planets with orbital eccentricity from 0 to 0.9 receiving a mean flux equal to Earth's. These planets are found around stars of luminosity ranging from 1 L⊙ to 10-4L⊙. We use a definition of habitability based on the presence of surface liquid water, and find that most of the planets considered can sustain surface liquid water on the dayside with an ice cap on the nightside. However, for high eccentricity and high luminosity, planets cannot sustain surface liquid water during the whole orbital period. They completely freeze at apoastron and when approaching periastron an ocean appears around the substellar point. We conclude that the higher the eccentricity and the higher the luminosity of the star, the less reliable the mean flux approximation. 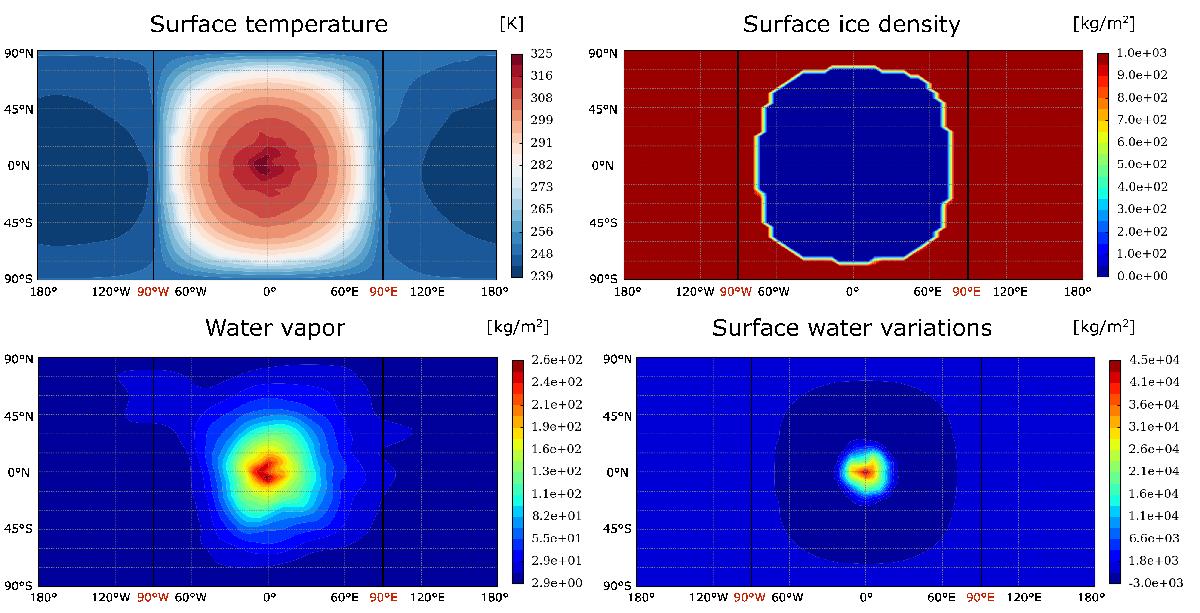