Wolf-Rayet stars in the Small Magellanic Cloud. II. Analysis of the binaries

Context. Massive Wolf-Rayet (WR) stars are evolved massive stars (MI ≳ 20 M⊙) characterized by strong mass-loss. Hypothetically, they can form either as single stars or as mass donors in close binaries. About 40% of all known WR stars are confirmed binaries, raising the question as to the impact of binarity on the WR population. Studying WR binaries is crucial in this context, and furthermore enable one to reliably derive the elusive masses of their components, making them indispensable for the study of massive stars.
Aims: By performing a spectral analysis of all multiple WR systems in the Small Magellanic Cloud (SMC), we obtain the full set of stellar parameters for each individual component. Mass-luminosity relations are tested, and the importance of the binary evolution channel is assessed.
Methods: The spectral analysis is performed with the Potsdam Wolf-Rayet (PoWR) model atmosphere code by superimposing model spectra that correspond to each component. Evolutionary channels are constrained using the Binary Population and Spectral Synthesis (BPASS) evolution tool.
Results: Significant hydrogen mass fractions (0.1 <XH < 0.4) are detected in all WN components. A comparison with mass-luminosity relations and evolutionary tracks implies that the majority of the WR stars in our sample are not chemically homogeneous. The WR component in the binary AB 6 is found to be very luminous (log L ≈ 6.3 [L⊙]) given its orbital mass (≈10 M⊙), presumably because of observational contamination by a third component. Evolutionary paths derived for our objects suggest that Roche lobe overflow had occurred in most systems, affecting their evolution. However, the implied initial masses (≳60 M⊙) are large enough for the primaries to have entered the WR phase, regardless of binary interaction.
Conclusions: Together with the results for the putatively single SMC WR stars, our study suggests that the binary evolution channel does not dominate the formation of WR stars at SMC metallicity. 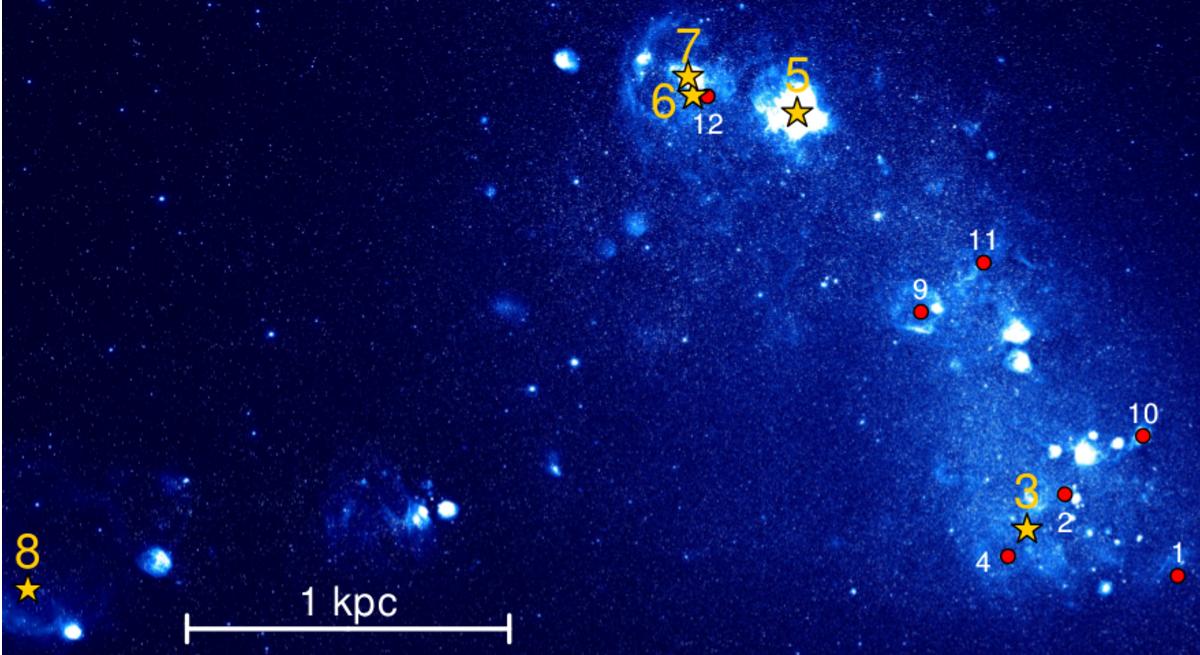