Context. Recent statistical studies prove that the percentage of RR Lyrae pulsators that are located in binaries or multiple stellar systems is considerably lower than might be expected. This can be better understood from an in-depth analysis of individual candidates. We investigate in detail the light time effect of the most probable binary candidate . This is complicated because the pulsation period shows secular variation.
Aims: We model possible light time effect of using a new code applied on previously available and newly determined maxima timings to confirm binarity and refine parameters of the orbit of the RRab component in the binary system. The binary hypothesis is also tested using radial velocity measurements.
Methods: We used new approach to determine brightness maxima timings based on template fitting. This can also be used on sparse or scattered data. This approach was successfully applied on measurements from different sources. To determine the orbital parameters of the double star , we developed a new code to analyse light time effect that also includes secular variation in the pulsation period. Its usability was successfully tested on , an eclipsing binary with mass-transfer in a triple system that shows similar changes in the O-C diagram. Since orbital motion would cause systematic shifts in mean radial velocities (dominated by pulsations), we computed and compared our model with centre-of-mass velocities. They were determined using high-quality templates of radial velocity curves of RRab stars.
Results: Maxima timings adopted from the GEOS database (168) together with those newly determined from sky surveys and new measurements (85) were used to construct an O-C diagram spanning almost five proposed orbital cycles. This data set is three times larger than data sets used by previous authors. Modelling of the O-C dependence resulted in 23.3-yr orbital period, which translates into a minimum mass of the second component of about 0.33 M☉. Secular changes in the pulsation period of over the whole O-C diagram were satisfactorily approximated by a parabolic trend with a rate of -2.2 ms yr-1. To confirm binarity, we used radial velocity measurements from nine independent sources. Although our results are convincing, additional long-term monitoring is necessary to unambiguously confirm the binarity of . 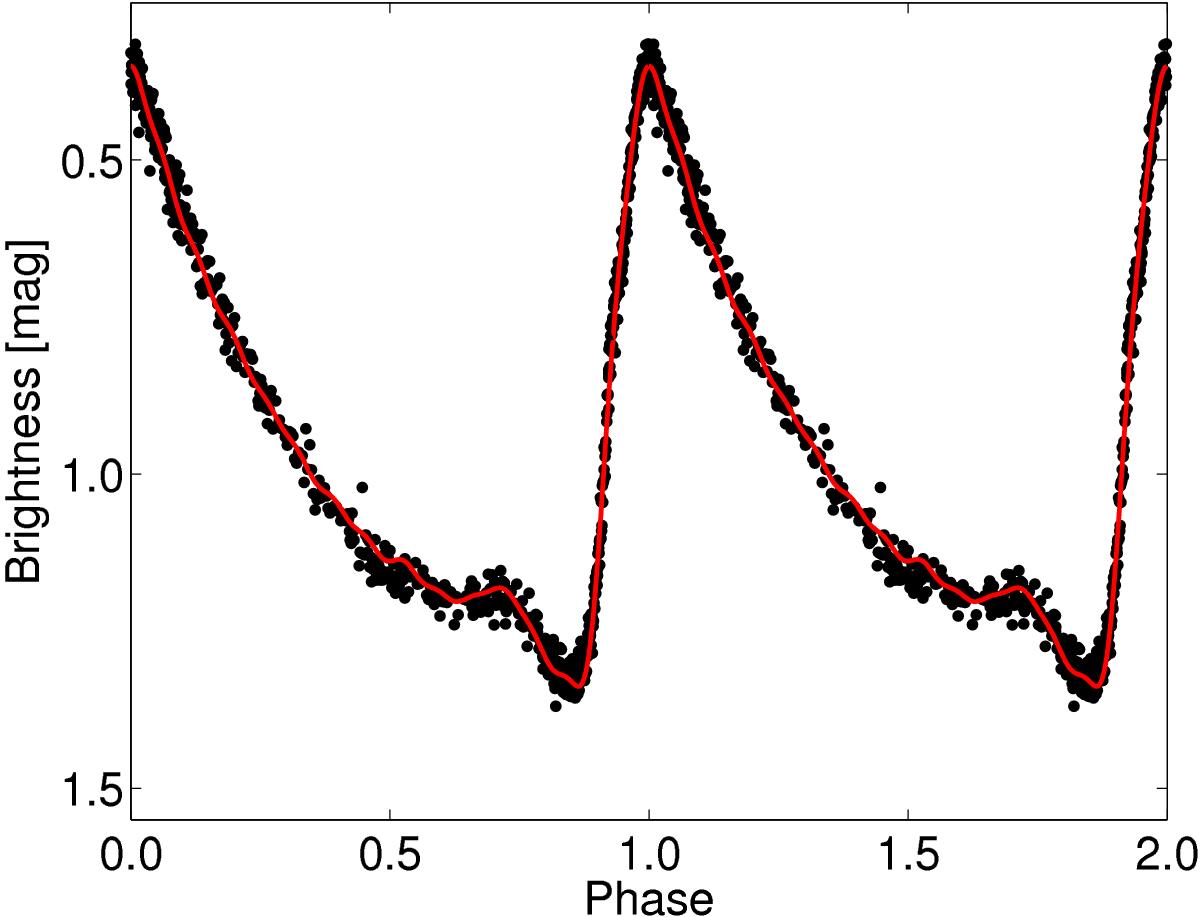