Context. As a probe of the metallicity of proto-planetary disks, stellar metallicity is an important ingredient for giant planet formation, most likely through its effect on the timescales in which rocky or icy planet cores can form. Giant planets have been found to be more frequent around metal-rich stars, in agreement with predictions based on the core-accretion theory. In the metal-poor regime, however, the frequency of planets, especially low-mass planets, and the way it depends on metallicity are still largely unknown.
Aims: As part of a planet search programme focused on metal-poor stars, we study the targets from this survey that were observed with HARPS on more than 75 nights. The main goals are to assess the presence of low-mass planets and provide a first estimate of the frequency of Neptunes and super-Earths around metal-poor stars.
Methods: We performed a systematic search for planetary companions, both by analysing the periodograms of the radial-velocities and by comparing, in a statistically meaningful way, models with an increasing number of Keplerians.
Results: A first constraint on the frequency of planets in our metal-poor sample is calculated considering the previous detection (in our sample) of a Neptune-sized planet around HD 175607 and one candidate planet (with an orbital period of 68.42 d and minimum mass Mpsini = 11.14 ± 2.47 M⊕) for HD 87838, announced in the present study. This frequency is determined to be close to 13% and is compared with results for solar-metallicity stars. 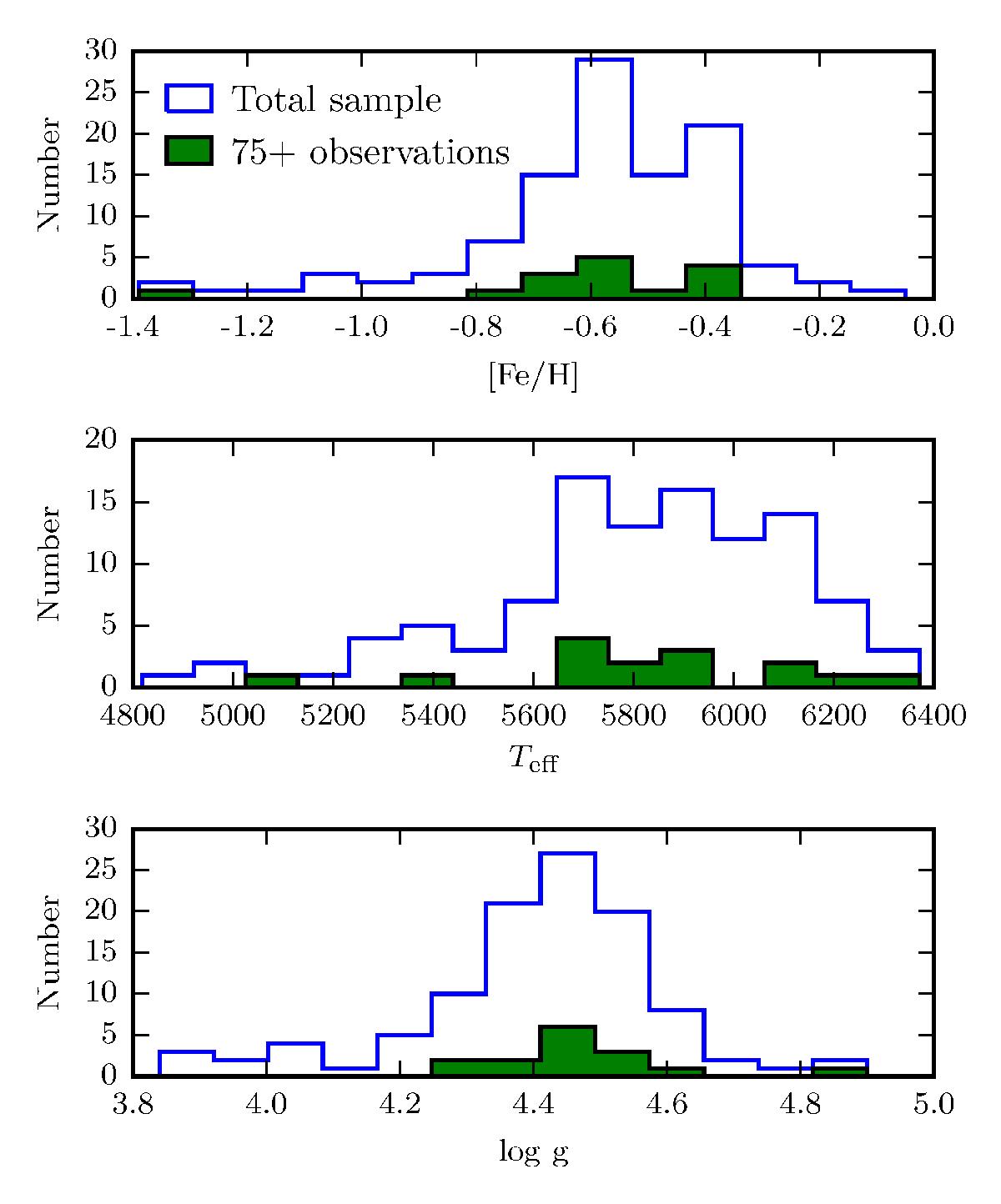