Context. We introduce the Dwarf Galaxy Survey with Amateur Telescopes (DGSAT) project and report the discovery of eleven low surface brightness (LSB) galaxies in the fields of the nearby galaxies NGC 2683, NGC 3628, NGC 4594 (M 104), NGC 4631, NGC 5457 (M 101), and NGC 7814.
Aims: The DGSAT project aims to use the potential of small-sized telescopes to probe LSB features around large galaxies and to increase the sample size of the dwarf satellite galaxies in the Local Volume.
Methods: Using long exposure images, fields of the target spiral galaxies are explored for extended LSB objects. After identifying dwarf galaxy candidates, their observed properties are extracted by fitting models to their light profiles.
Results: We find three, one, three, one, one, and two new LSB galaxies in the fields of NGC 2683, 3628, 4594, 4631, 5457, and 7814, respectively. In addition to the newly found galaxies, we analyse the structural properties of nine already known galaxies. All of these 20 dwarf galaxy candidates have effective surface brightnesses in the range 25.3 ≲ μe ≲ 28.8 mag arcsec-2 and are fit with Sersic profiles with indices n ≲ 1. Assuming that they are in the vicinity of the above mentioned massive galaxies, their r-band absolute magnitudes, their effective radii, and their luminosities are in the ranges -15.6 ≲ Mr ≲ -7.8, 160 pc ≲ Re ≲ 4.1 kpc, and 0.1 × 106 ≲ (L/L⊙)r ≲ 127 × 106, respectively. To determine whether these LSB galaxies are indeed satellites of the above mentioned massive galaxies, their distances need to be determined via further observations.
Conclusions: Using small telescopes, we are readily able to detect LSB galaxies with similar properties to the known dwarf galaxies of the Local Group. 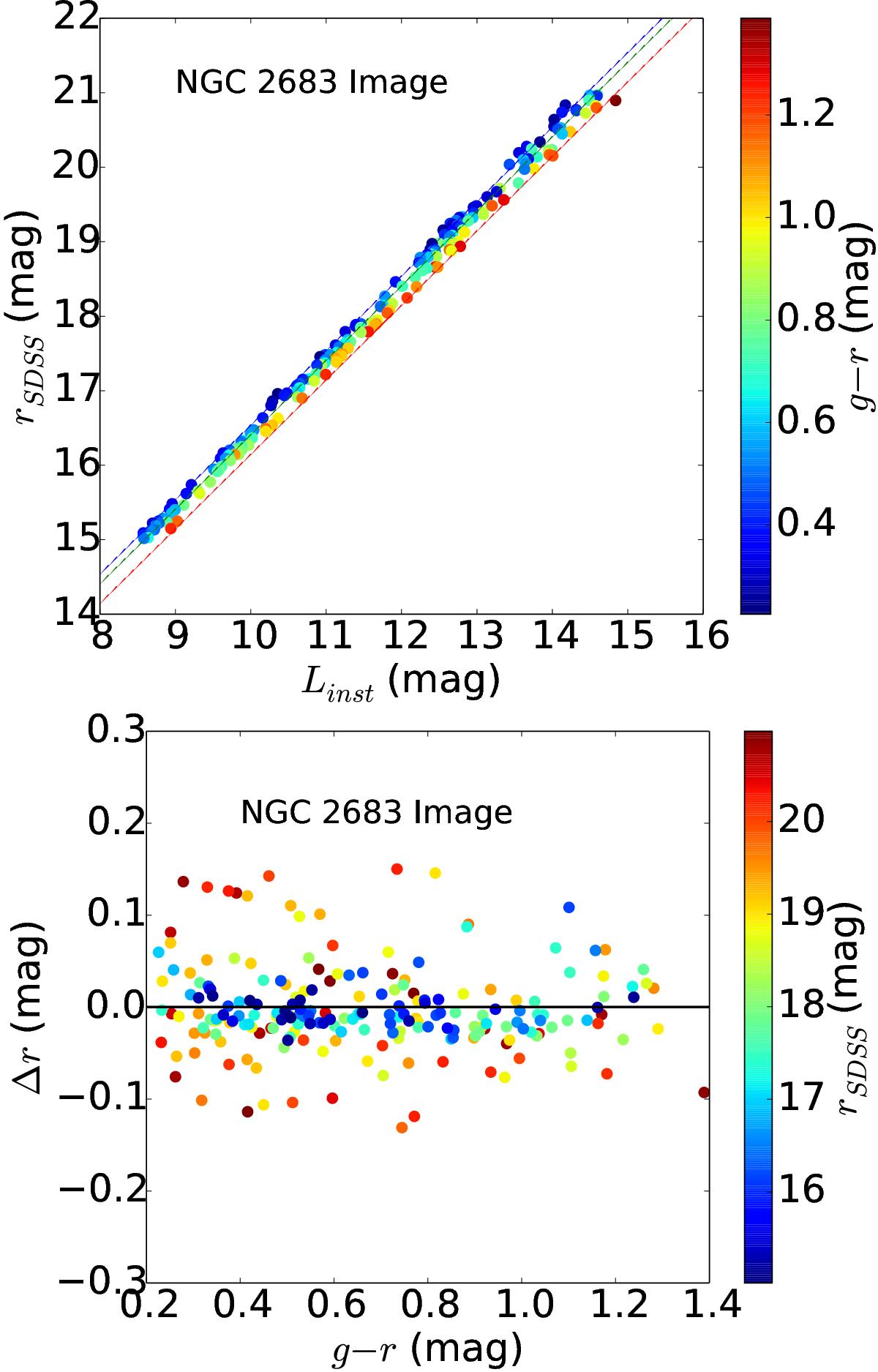