Star formation efficiency along the radio jet in Centaurus A

NGC 5128 (also known as Centaurus A) is the most nearby powerful AGN, widely studied at all wavelengths. Molecular gas has been found in the halo at a distance of ~ 20 kpc from the galaxy center, associated with H I shells, through CO line detection at SEST (Charmandaris et al. 2000, A&A, 356, L1). The molecular gas lies inside some IR and UV bright star-forming filaments that have recently been observed in the direction of the radio jets. These archival data from GALEX (FUV) and Herschel (IR) show that there is dust and very weak star formation (a few 10-5-10-4M☉ yr-1) on scales of hundreds of parsecs. NGC 5128 is thus a perfect target for detailed studies of the star formation processes at the interface of the jet/gas interaction. On top of analysing combined archival data, we have performed searches of HCN(1-0) and HCO+(1-0) emission with ATCA at the interaction of the northern filaments and the northern H I shell of Centaurus A. Measuring the dense gas is another indicator of star formation efficiency inside the filaments. However, we only derived upper limits L'HCN < 1.6×103 K km s-1 pc2 and L'HCO < 1.6×103 K km s-1 pc2 at 3σ in the synthesised beam of 3.1''. Compared with the CO luminosity, this lead to a dense-to-molecular gas fraction < 23%. We also compared the CO masses with the star formation rate estimates in order to measure a star formation efficiency. Using a standard conversion factor leads to long depletion times (7 Gyr). We then corrected the mass estimates from metallicity effect by using gas-to-dust mass ratio as a proxy. From MUSE data, we estimated the metallicity spread (0.4-0.8Z☉) in an other region of the filament, that corresponds to gas-to-dust ratios of ~200-400. Assuming the same metallicity range in the CO-detected part of the filament, the CO/H2 conversion ratio is corrected for low metallicity by a factor between 1.4 and 3.2. Such a low-metallicity correction leads to even more massive clouds with higher depletion times (16 Gyr). We finally present ALMA observations that detect 3 unresolved CO(2-1) clumps of size < 37 × 21 pc and masses around 104M☉. The velocity width of the CO emission line is ~ 10 km s-1, leading to a rather high virial parameter. This is a hint of a turbulent gas probably powered by kinetic energy injection from the AGN jet/wind and leading to molecular gas reservoir not forming star efficiently. This work shows the importance of high resolution data analysis to bring a new light on the local processes of AGN/jet feedback likely negative (quenching star formation) in the case of Cen A filaments. 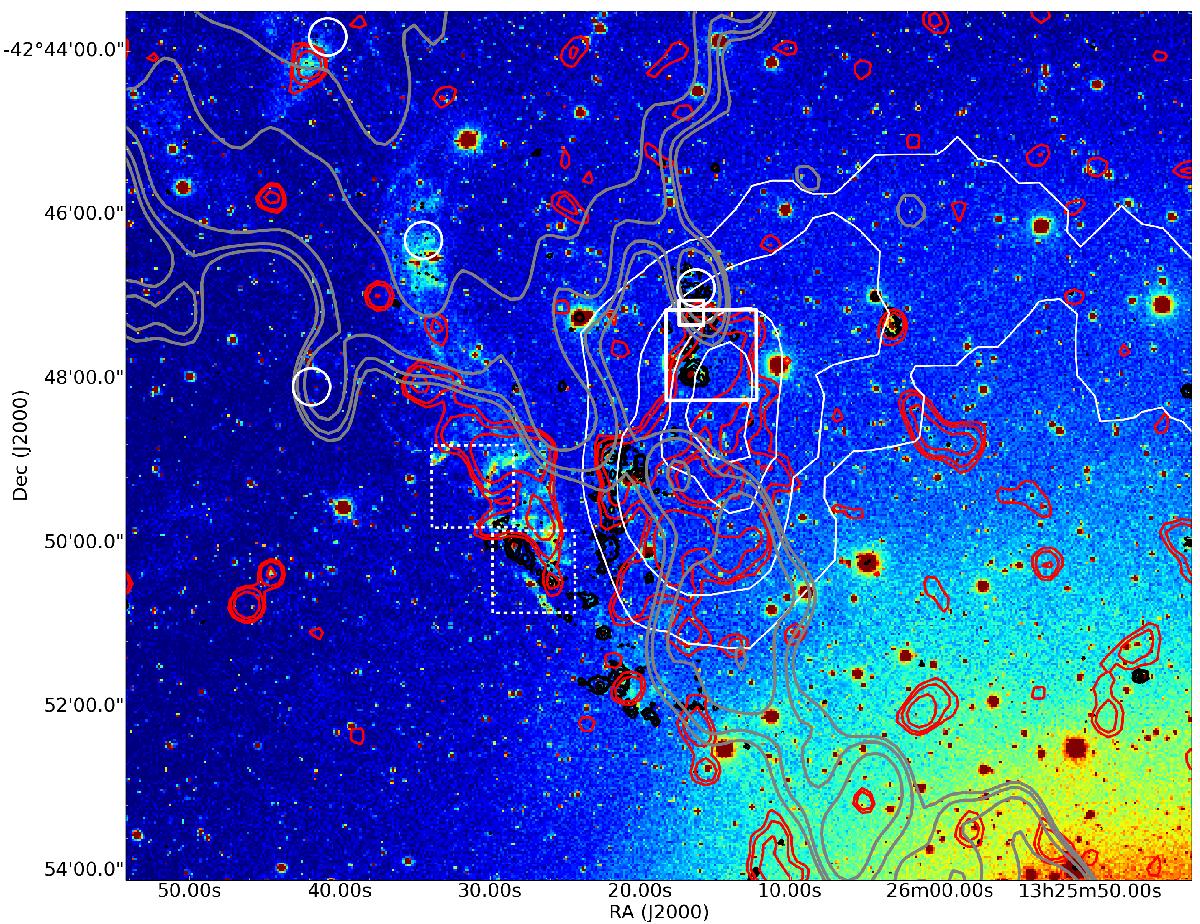