Context. In recent years a number of poorly studied chemical elements, such as phosphorus, sulphur, and strontium, have received special attention as important tracers of the Galactic chemical evolution.
Aims: By exploiting the capabilities of the infrared echelle spectrograph GIANO mounted at the Telescopio Nazionale Galileo, we acquired high resolution spectra of four Galactic dwarf stars spanning the metallicity range between about one-third and twice the solar value. We performed a detailed feasibility study about the effectiveness of the P, S, and Sr line diagnostics in the Y band between 1.03 and 1.10 μm.
Methods: Accurate chemical abundances have been derived using one-dimensional model atmospheres computed in local thermodynamic equilibrium (LTE). We computed the line formation assuming LTE for P, while we performed non-LTE analysis to derive S and Sr abundances.
Results: We were able to derive phosphorus abundance for three stars and an upper limit for one star, while we obtained the abundance of sulphur and strontium for all of the stars. We find [P/Fe] and [S/Fe] abundance ratios consistent with solar-scaled or slightly depleted values, while the [Sr/Fe] abundance ratios are more scattered (by ±0.2 dex) around the solar-scaled value. This is fully consistent with previous studies using both optical and infrared spectroscopy.
Conclusions: We verified that high-resolution, Y-band spectroscopy as provided by GIANO is a powerful tool to study the chemical evolution of P, S, and Sr in dwarf stars.

Based on observations obtained with GIANO. 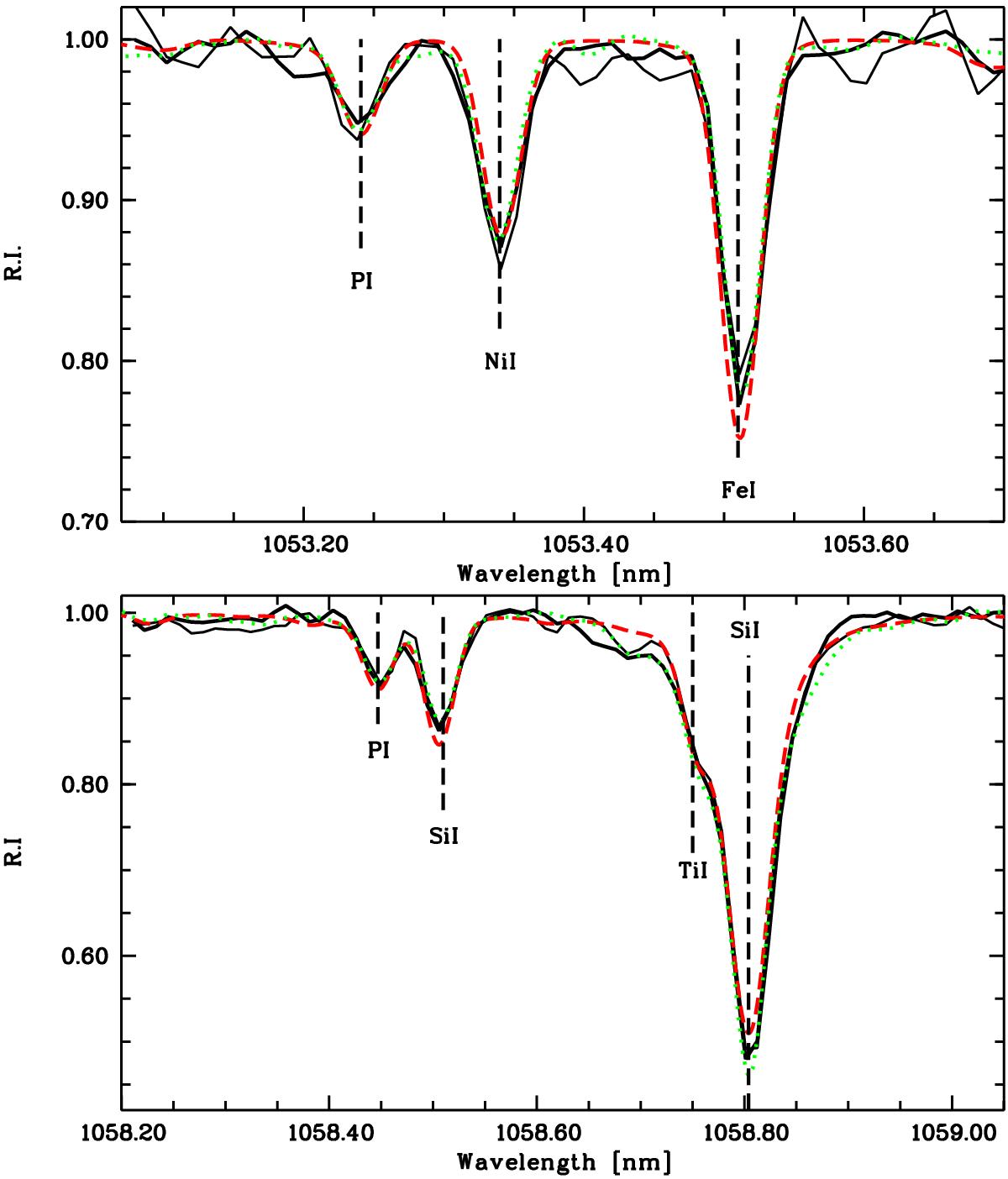