The spin rates of O stars in WR + O binaries. I. Motivation, methodology and first results from SALT

The black holes (BH) in merging BH-BH binaries are likely progeny of binary O stars. Their properties, including their spins, will be strongly influenced by the evolution of their progenitor O stars. The remarkable observation that many single O stars spin very rapidly can be explained if they accreted angular momentum from a mass-transferring, O-type or Wolf-Rayet companion before that star blew up as a supernova. To test this prediction, we have measured the spin rates of eight O stars in Wolf-Rayet (WR) + O binaries, increasing the total sample size of such O stars' measured spins from two to ten. Polarimetric and other determinations of these systems' sin i allow us to determine an average equatorial rotation velocity from HeI (HeII) lines of $v_e$ = 348 (173) km/s for these O stars, with individual star's $v_e$ from HeI (HeII) lines ranging from 482 (237) to 290 (91) km/s. We argue that the $\sim$ 100\% difference between HeI and HeII speeds is due to gravity darkening. Super-synchronous spins, now observed in all 10 O stars in WR + O binaries where it has been measured, are strong observational evidence that Roche lobe overflow mass transfer from a WR progenitor companion has played a critical role in the evolution of WR+OB binaries. While theory predicts that this mass transfer rapidly spins-up the O-type mass gainer to a nearly break-up rotational velocity $v_e \sim 530 $ km/s, the observed average $v_e$ of the O-type stars in our sample is 65\% that speed. This demonstrates that, even over the relatively short WR-phase timescale, tidal and/or other effects causing rotational spin-down must be efficient. A challenge to tidal synchronization theory is that the two longest-period binaries in our sample (with periods of 29.7 and 78.5 days) unexpectedly display super-synchronous rotation. 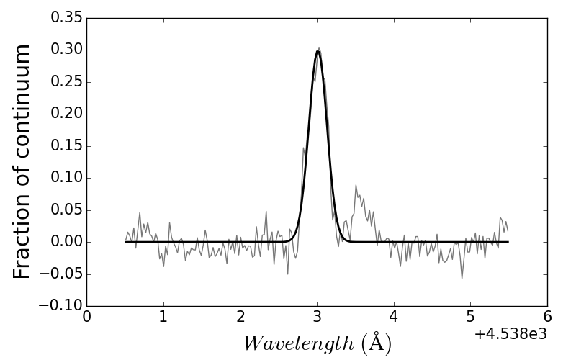