During solar flares a large amount of electrons are accelerated within the plasma present in the solar atmosphere. Accurate measurements of the motion of these electrons start becoming available from the analysis of hard X-ray imaging-spectroscopy observations. In this paper, we discuss the linearized perturbations of the Boltzmann kinetic equation describing an ensemble of electrons accelerated by the energy release occurring during solar flares. Either in the limit of high energy or at vanishing background temperature such an equation reduces to a continuity equation equipped with an extra force of stochastic nature. This stochastic force is actually described by the well known energy loss rate due to Coulomb collision with ambient particles, but, in order to match the collision kernel in the linearized Boltzmann equation it needs to be treated in a very specific manner. In the second part of the paper the derived continuity equation is solved with some hyperbolic techniques, and the obtained solution is written in a form suitable to be compared with data gathered by hard X-ray imaging-spectroscopy telescopes. Finally, a first validation of the model with NASA Reuven Ramaty High Energy Solar Spectroscopic Imager spectrometer measurements is provided. 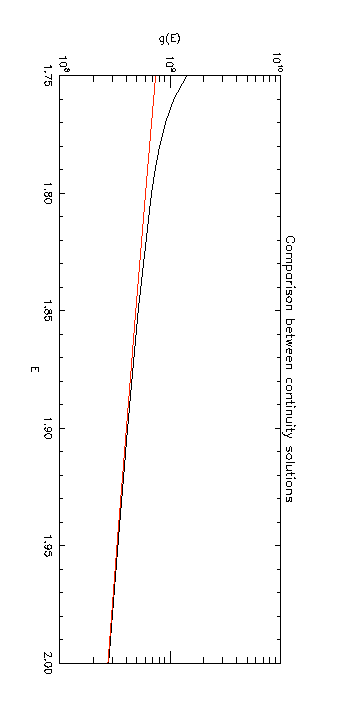