We use data from the Cosmic Assembly Near-infrared Deep Extragalactic Legacy Survey to study how the spatial variation in the stellar populations of galaxies relates to the formation of galaxies at 1.5\lt z\lt 3.5. We use the internal color dispersion (ICD), measured between the rest-frame UV and optical bands, which is sensitive to age (and dust attenuation) variations in stellar populations. The ICD shows a relation with the stellar masses and morphologies of the galaxies. Galaxies with the largest variation in their stellar populations as evidenced by high ICD have disk-dominated morphologies (with Sérsic indexes \lt 2) and stellar masses between 10\lt log (M/{{M}☉ })\lt 11. There is a marked decrease in the ICD as the stellar mass and/or the Sérsic index increases. By studying the relations between the ICD and other galaxy properties including size, total color, star formation rate, and dust attenuation, we conclude that the largest variations in stellar populations occur in galaxies where the light from newly, high star-forming clumps contrasts older stellar disk populations. This phase reaches a peak for galaxies only with a specific stellar mass range, 10 \lt log (M/{{M}☉ }) \lt 11, and prior to the formation of a substantial bulge/spheroid. In contrast, galaxies at higher or lower stellar masses and/or higher Sérsic index (n\gt 2) show reduced ICD values, implying a greater homogeneity of their stellar populations. This indicates that if a galaxy is to have a quiescent bulge along with a star-forming disk, typical of Hubble sequence galaxies, this is most common for stellar masses 10 \lt log (M/{{M}☉ }) \lt 11 and when the bulge component remains relatively small (n\lt 2). 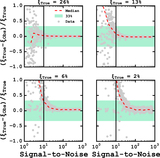