Evidence for a metal-poor population in the inner Galactic bulge

The inner Galactic bulge has, until recently, been avoided in chemical evolution studies because of extreme extinction and stellar crowding. Large, near-IR spectroscopic surveys, such as the Apache Point Observatory Galactic Evolution Experiment (APOGEE), for the first time allow the measurement of metallicities in the inner region of our Galaxy. We study metallicities of 33 K/M giants situated in the Galactic center region from observations obtained with the APOGEE survey. We selected K/M giants with reliable stellar parameters from the APOGEE/ASPCAP pipeline. Distances, interstellar extinction values, and radial velocities were checked to confirm that these stars are indeed situated in the inner Galactic bulge. We find a metal-rich population centered at [M/H] = +0.4 dex, in agreement with earlier studies of other bulge regions, but we also discovered a peak at low metallicity around [M/H] = -1.0 dex. This finding suggests the presence of a metal-poor population, which has not previously been detected in the central region. Our results indicate a dominant metal-rich population with a metal-poor component that is enhanced in the α-elements. This metal-poor population may be associated with the classical bulge and a fast formation scenario. 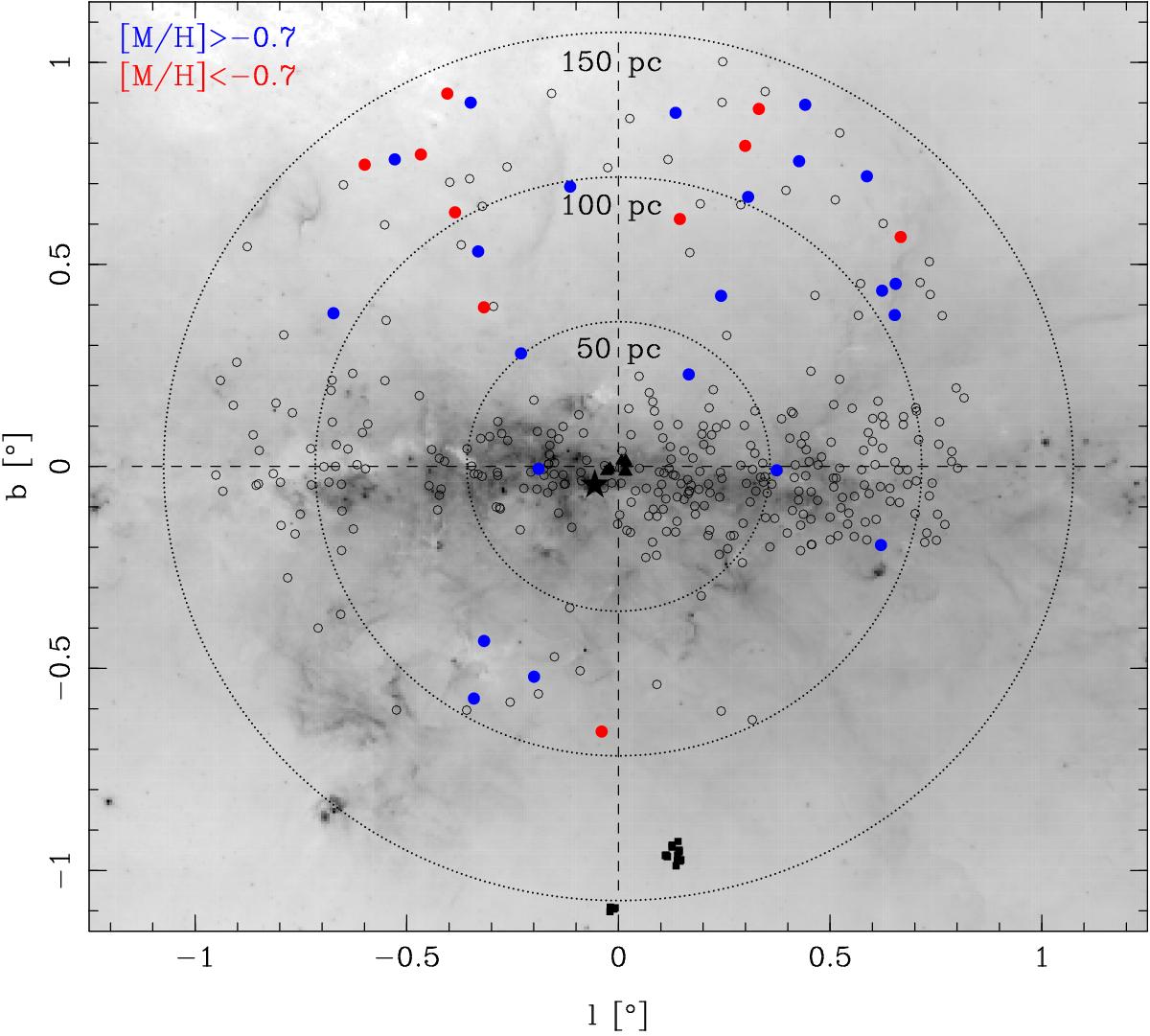