Cyanogen (NCCN) is the simplest member of the series of dicyanopolyynes. It has been hypothesized that this family of molecules can be important constituents of interstellar and circumstellar media, although the lack of a permanent electric dipole moment prevents its detection through radioastronomical techniques. Here we present the first solid evidence of the presence of cyanogen in interstellar clouds by detection of its protonated form toward the cold dark clouds TMC-1 and L483. Protonated cyanogen (NCCNH+) has been identified through the J = 5-4 and J = 10-9 rotational transitions using the 40 m radiotelescope of Yebes and the IRAM 30 m telescope. We derive beam-averaged column densities for NCCNH+ of (8.6 ± 4.4) × 1010 cm-2 in TMC-1 and (3.9 ± 1.8) × 1010 cm-2 in L483, which translate into fairly low fractional abundances relative to H2, in the range (1-10) × 10-12. The chemistry of protonated molecules in dark clouds is discussed, and it is found that, in general terms, the abundance ratio between the protonated and non-protonated forms of a molecule increases with increasing proton affinity. Our chemical model predicts an abundance ratio NCCNH+/NCCN of ~10-4, which implies that the abundance of cyanogen in dark clouds could be as high as (1-10) × 10-8 relative to H2, i.e., comparable to that of other abundant nitriles such as HCN, HNC, and HC3N.

Based on observations carried out with the IRAM 30 m Telescope and the Yebes 40 m Telescope. IRAM is supported by INSU/CNRS (France), MPG (Germany) and IGN (Spain). The 40 m radiotelescope at Yebes Observatory is operated by the Spanish National Geographic Institute (IGN, Ministerio de Fomento). 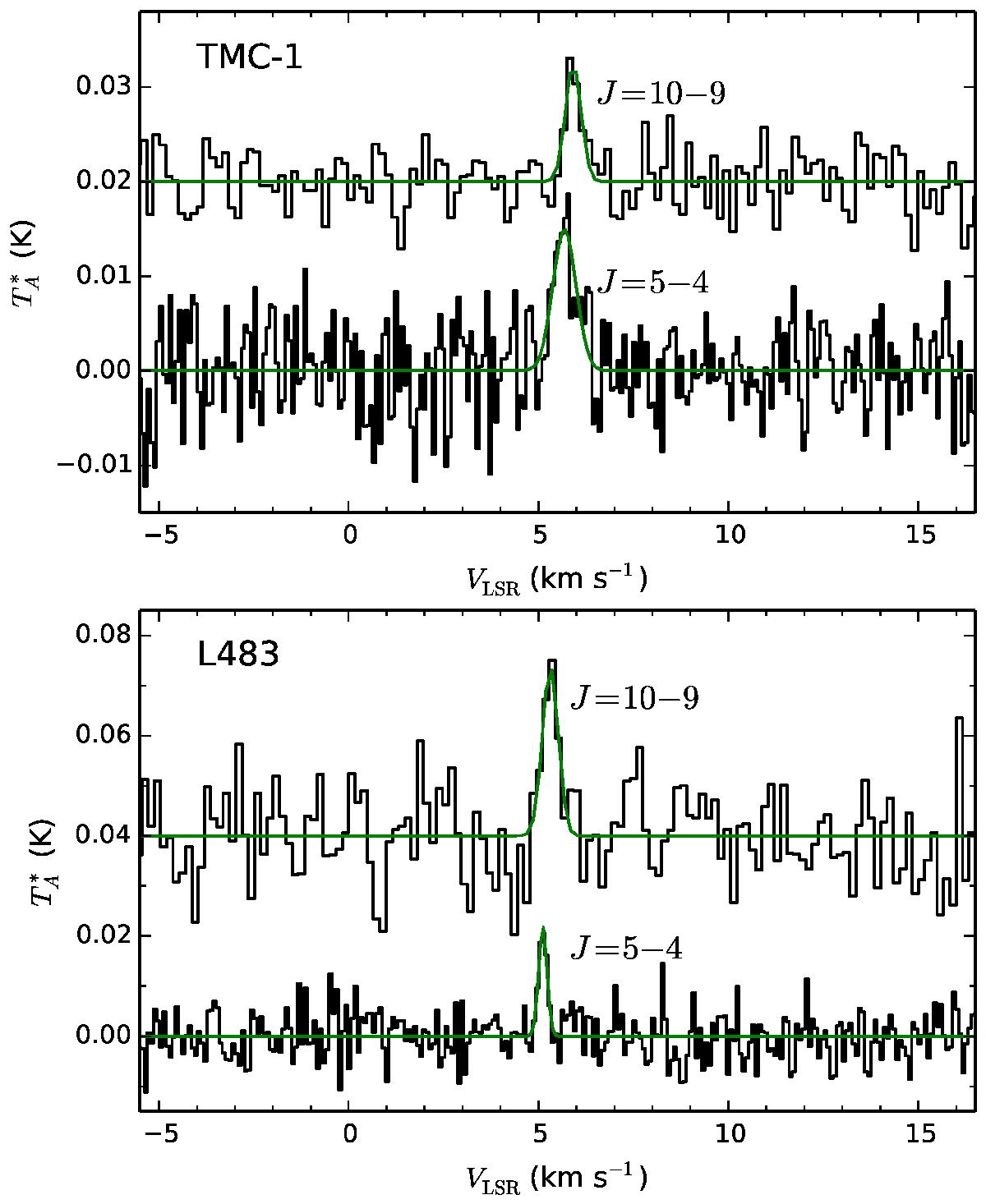