Anatomy of the AGN in NGC 5548. I. A global model for the broadband spectral energy distribution

An extensive multi-satellite campaign on NGC 5548 has revealed this archetypal Seyfert-1 galaxy to be in an exceptional state of persistent heavy absorption. Our observations taken in 2013-2014 with XMM-Newton, Swift, NuSTAR, INTEGRAL, Chandra, HST and two ground-based observatories have together enabled us to establish that this unexpected phenomenon is caused by an outflowing stream of weakly ionised gas (called the obscurer), extending from the vicinity of the accretion disk to the broad-line region. In this work we present the details of our campaign and the data obtained by all the observatories. We determine the spectral energy distribution of NGC 5548 from near-infrared to hard X-rays by establishing the contribution of various emission and absorption processes taking place along our line of sight towards the central engine. We thus uncover the intrinsic emission and produce a broadband continuum model for both obscured (average summer 2013 data) and unobscured (<2011) epochs of NGC 5548. Our results suggest that the intrinsic NIR/optical/UV continuum is a single Comptonised component with its higher energy tail creating the "softX-ray excess". This component is compatible with emission from a warm, optically-thick corona as part of the inner accretion disk. We then investigate the effects of the continuum on the ionisation balance and thermal stability of photoionised gas for unobscured and obscured epochs. 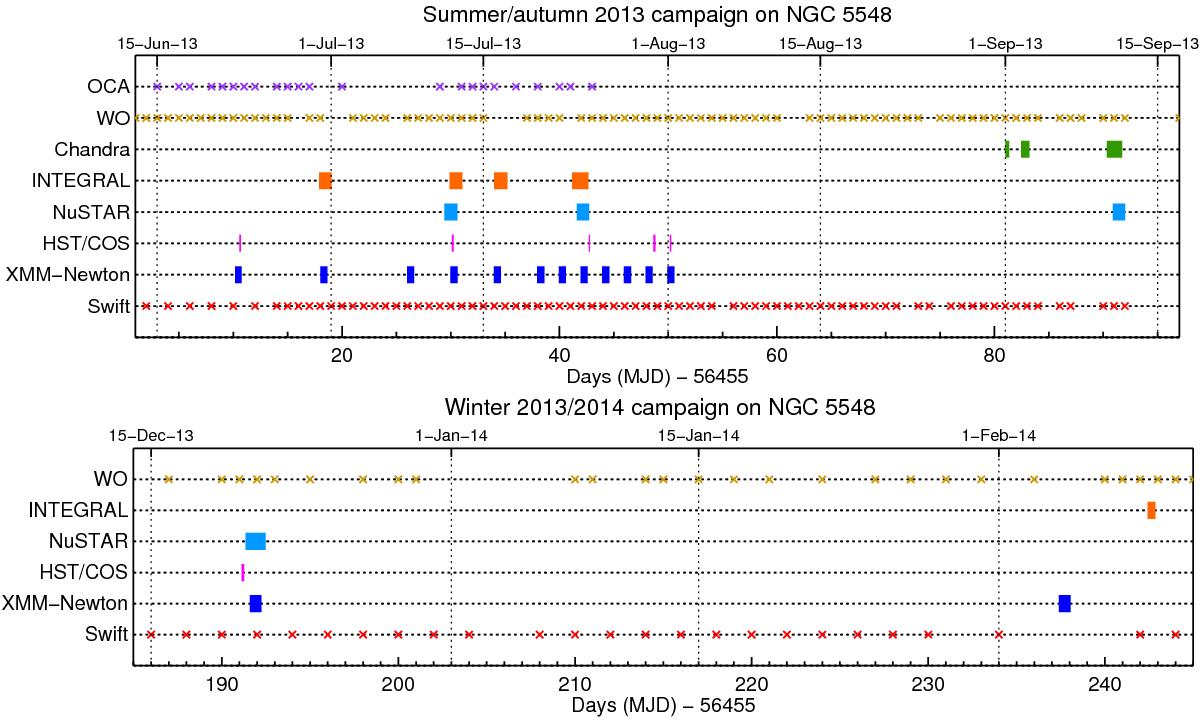