Context. The [C II] 158 μm line is one of the dominant coolants of the ISM, and an important probe with which to study the star formation process. Recent Herschel/HIFI and SOFIA/GREAT observations showed that assuming the total velocity-integrated intensity of this line is directly associated with the star-forming material is inadequate.
Aims: We probe the column densities and masses traced by the ionized and neutral atomic carbon with spectrally resolved maps, and compare them to the diffuse and dense molecular gas traced by [C I] and low-J CO lines toward the star-forming region M17 SW.
Methods: We mapped a 4.1 pc × 4.7 pc region in the [C I] 609 μm line using the APEX telescope, as well as the CO isotopologues with the IRAM 30 m telescope. Because of the velocity-resolved spectra, we analyze the data based on velocity channel maps that are 1 km s-1 wide. We correlate their spatial distribution with that of the [C II] map obtained with SOFIA/GREAT. Optically thin approximations were used to estimate the column densities of [C I] and [C II] in each velocity channel.
Results: The distribution of the emission from the isotopologues 13CO, C17O, and C18O resembles more closely that of the [C I] emission than that of the 12CO emission. The spatial distribution of the [C I] and all CO isotopologues emission was found to be associated with that of [C II] in about 20%-80% of the mapped region, with the high correlation found in the central (15-23 km s-1) velocity channels.
Conclusions: The excitation temperature of [C I] ranges between 40 K and 100 K in the inner molecular region of M17 SW. Excitation temperatures up to 200 K are found along the ridge. Column densities in 1 km s-1 channels between ~1015 cm-2 and ~1017 cm-2 were found for [C I]. Just ~20 % of the velocity range (~40 km s-1) that the [C II] line spans is associated with the star-forming material traced by [C I] and CO. The total (integrated over the 0-40 km s-1 velocity range) gas mass estimated from the [C II] emission gives a lower limit of ~4.4 × 103 M⊙. A very large fraction of at least 64% of this mass is not associated with the star-forming material in M17 SW. We also found that about 36%, 17%, and 47% of the [C II] emission is associated with the H II, H I, and H2 regimes, respectively. Comparisons with the H41α line shows an ionization region mixed with the neutral and part of the molecular gas, in agreement with the clumped structure and dynamical processes at play in M17 SW. These results are also relevant to extra-galactic studies in which [C II] is often used as a tracer of star-forming material. 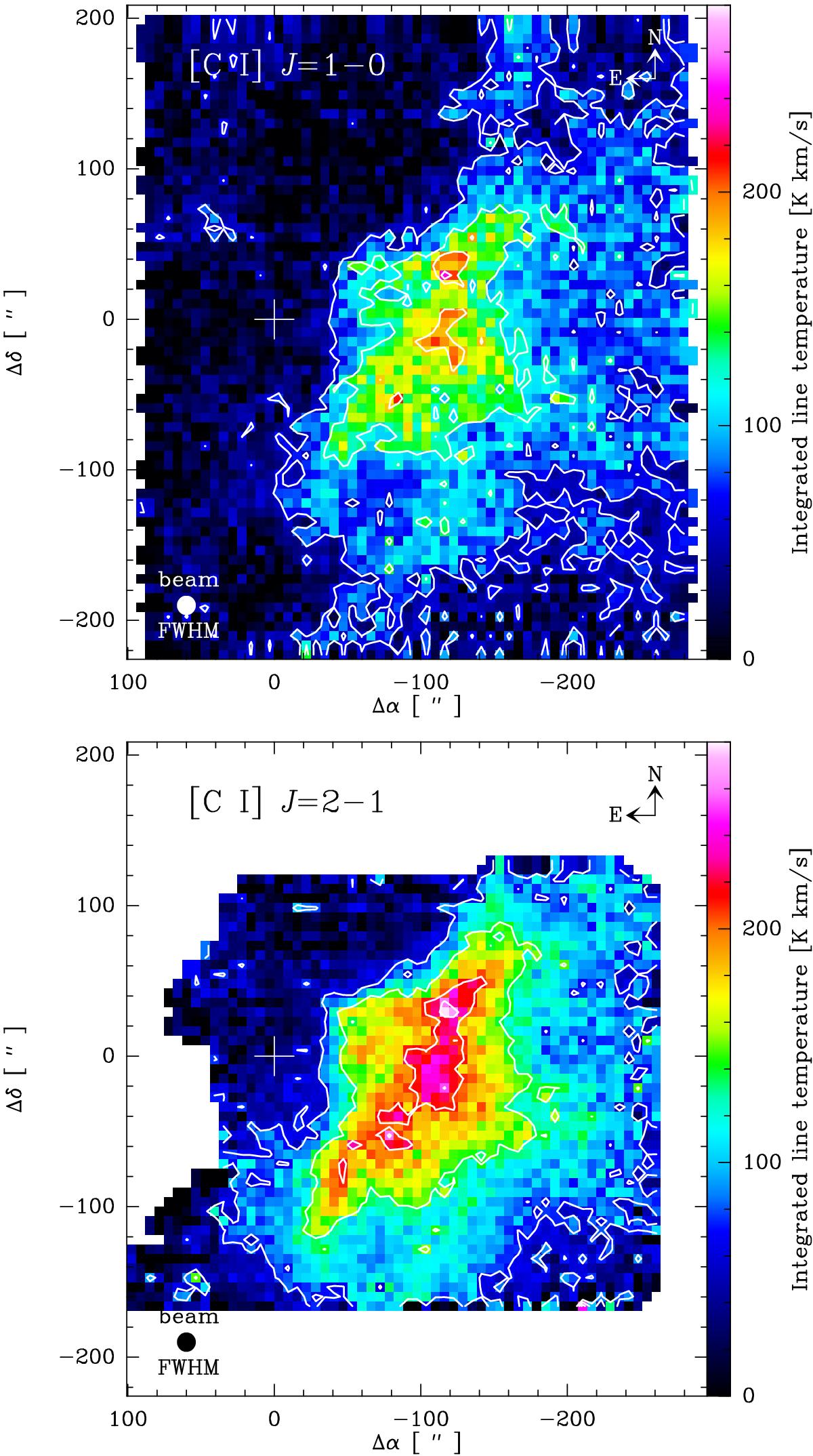