Hint of relic gravitational waves in the Planck and WMAP data

Relic gravitational waves (RGWs) leave well-understood imprints on the anisotropies in the temperature and polarization of cosmic microwave background (CMB) radiation. In the TT and TE information channels, which have been well observed by WMAP and Planck missions, RGWs compete with density perturbations mainly at low multipoles. It is dangerous to include high-multipole CMB data in the search for gravitational waves, as the spectral indices may not be constants. In this paper, we repeat our previous work [W.Zhao & L.P.Grishchuk, Phys.Rev.D {\bf 82}, 123008 (2010)] by utilizing the Planck TT and WMAP TE data in the low-multipole range $\ell\le100$. We find that our previous result is confirmed {with higher confidence}. The constraint on the tensor-to-scalar ratio from Planck TT and WMAP TE data is $r\in [0.06,~0.60]$ (68% C.L.) with the maximum likelihood at around $r\sim 0.2$. Correspondingly, the spectral index at the pivot wavenumber $k_*=0.002$Mpc$^{-1}$ is $n_s=1.13^{+0.07}_{-0.08}$, which is larger than 1 at more than $1\sigma$ level. So, we conclude that the new released CMB data indicate a stronger hint for the RGWs with the amplitude $r\sim 0.2$, which is hopeful to be confirmed by the imminent BICEP and Planck polarization data. 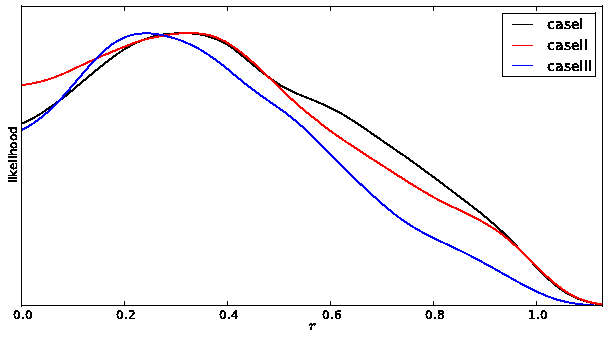