We present analysis of 100 ks contiguous XMM-Newton data of the prototypical wind accretor Vela X-1. The observation covered eclipse egress between orbital phases 0.134 and 0.265, during which a giant flare took place, enabling us to study the spectral properties both outside and during the flare. This giant flare with a peak luminosity of 3.92+0.42-0.09 × 1037 erg s-1 allows estimates of the physical parameters of the accreted structure with a mass of ~1021 g. We have been able to model several contributions to the observed spectrum with a phenomenological model formed by three absorbed power laws plus three emission lines. After analysing the variations with orbital phase of the column density of each component, as well as those in the Fe and Ni fluorescence lines, we provide a physical interpretation for each spectral component. Meanwhile, the first two components are two aspects of the principal accretion component from the surface of the neutron star, the third component seems to be the X-ray light echo formed in the stellar wind of the companion. 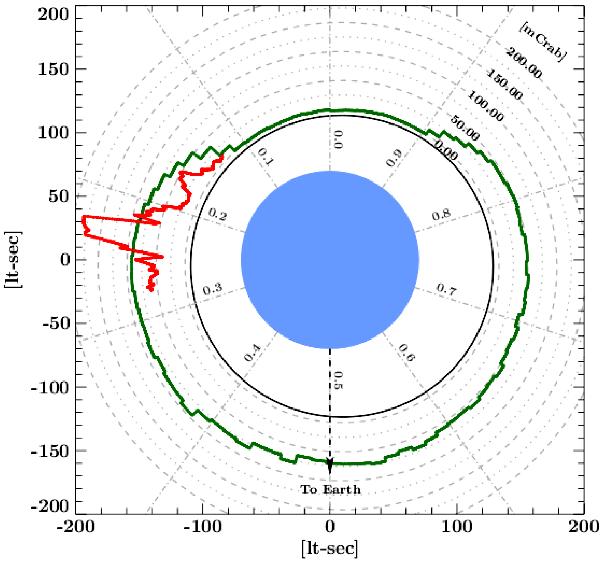