Context. Supergiant fast X-ray transients (SFXTs) are high mass X-ray binaries (HMXBs) that are defined by their hard X-ray flaring behaviour. During these flares they reach peak luminosities of 1036-1037 erg s-1 for a few hours (in the hard X-ray), which are much shorter timescales than those characterizing Be/X-ray binaries.
Aims: We investigate the characteristics of bright flares (detections in excess of 5σ) for a sample of SFXTs and their relation to the orbital phase.
Methods: We have retrieved all Swift/BAT Transient Monitor light curves and collected all detections in excess of 5σ from both daily- and orbital-averaged light curves in the time range of 2005 February 12 to 2013 May 31 (MJD 53 413-56 443). We also considered all on-board detections as recorded in the same time span and selected those in excess of 5σ and within 4 arcmin of each source in our sample.
Results: We present a catalogue of over a thousand BAT flares from 11 SFXTs, down to 15-150 keV fluxes of ~6 × 10-10 erg cm-2 s-1 (daily timescale) and ~1.5 × 10-9 erg cm-2 s-1 (orbital timescale, averaging ~800 s); the great majority of these flares are unpublished. The catalogue spans 100 months. This population is characterized by short (a few hundred seconds) and relatively bright (in excess of 100 mCrab, 15-50 keV) events. In the hard X-ray, these flares last generally much less than a day. Clustering of hard X-ray flares can be used to indirectly measure the length of an outburst, even when the low-level emission is not detected. We construct the distributions of flares, of their significance (in terms of σ), and of their flux as a function of orbital phase to infer the properties of these binary systems. In particular, we observe a trend of clustering of flares at some phases as Porb increases, which is consistent with a progression from tight circular or mildly eccentric orbits at short periods to wider and more eccentric orbits at longer orbital periods. Finally, we estimate the expected number of flares for a given source for our limiting flux and provide the recipe for calculating them for the limiting flux of future hard X-ray observatories. 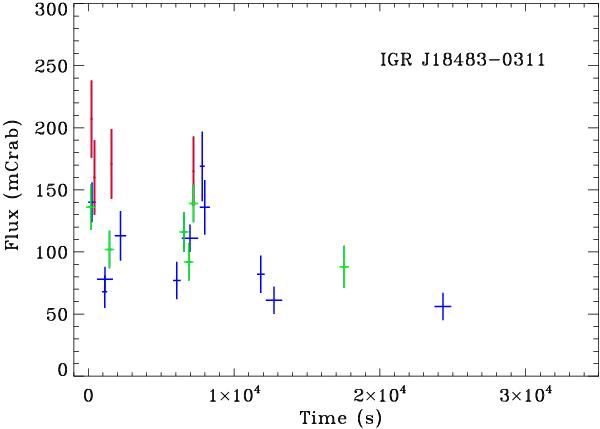