Context. Sub-millimetre dust emission is an important tracer of column density N of dense interstellar clouds. One has to combine surface brightness information at different spatial resolutions, and specific methods are needed to derive N at a resolution higher than the lowest resolution of the observations. Some methods have been discussed in the literature, including a method (in the following, method B) that constructs the N estimate in stages, where the smallest spatial scales being derived only use the shortest wavelength maps.
Aims: We propose simple model fitting as a flexible way to estimate high-resolution column density maps. Our goal is to evaluate the accuracy of this procedure and to determine whether it is a viable alternative for making these maps.
Methods: The new method consists of model maps of column density (or intensity at a reference wavelength) and colour temperature. The model is fitted using Markov chain Monte Carlo methods, comparing model predictions with observations at their native resolution. We analyse simulated surface brightness maps and compare its accuracy with method B and the results that would be obtained using high-resolution observations without noise.
Results: The new method is able to produce reliable column density estimates at a resolution significantly higher than the lowest resolution of the input maps. Compared to method B, it is relatively resilient against the effects of noise. The method is computationally more demanding, but is feasible even in the analysis of large Herschel maps.
Conclusions: The proposed empirical modelling method E is demonstrated to be a good alternative for calculating high-resolution column density maps, even with considerable super-resolution. Both methods E and B include the potential for further improvements, e.g., in the form of better a priori constraints. 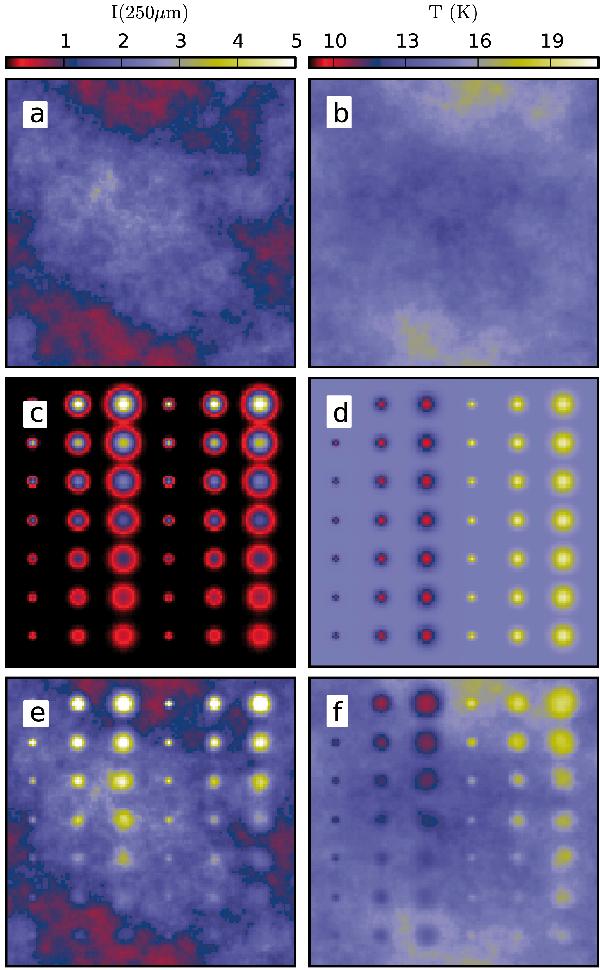