WASP-71b: a bloated hot Jupiter in a 2.9-day, prograde orbit around an evolved F8 star

We report the discovery by the WASP transit survey of a highly-irradiated, massive (2.242 ± 0.080 MJup) planet which transits a bright (V = 10.6), evolved F8 star every 2.9 days. The planet, WASP-71b, is larger than Jupiter (1.46 ± 0.13 RJup), but less dense (0.71 ± 0.16 ρJup). We also report spectroscopic observations made during transit with the CORALIE spectrograph, which allow us to make a highly-significant detection of the Rossiter-McLaughlin effect. We determine the sky-projected angle between the stellar-spin and planetary-orbit axes to be λ = 20.1 ± 9.7 degrees, i.e. the system is "aligned", according to the widely-used alignment criteria that systems are regarded as misaligned only when λ is measured to be greater than 10 degrees with 3-σ confidence. WASP-71, with an effective temperature of 6059 ± 98 K, therefore fits the previously observed pattern that only stars hotter than 6250 K are host to planets in misaligned orbits. We emphasise, however, that λ is merely the sky-projected obliquity angle; we are unable to determine whether the stellar-spin and planetary-orbit axes are misaligned along the line-of-sight. With a mass of 1.56 ± 0.07 M⊙, WASP-71 was previously hotter than 6250 K, and therefore might have been significantly misaligned in the past. If so, the planetary orbit has been realigned, presumably through tidal interactions with the cooling star's growing convective zone. 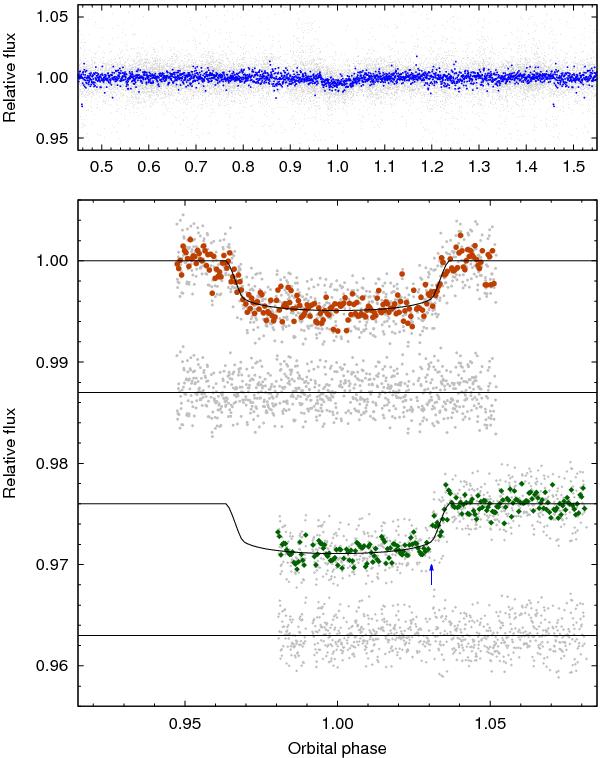