Microlensing of the broad line region in 17 lensed quasars

When an image of a strongly lensed quasar is microlensed, the different components of its spectrum are expected to be differentially magnified owing to the different sizes of the corresponding emitting region. Chromatic changes are expected to be observed in the continuum while the emission lines should be deformed as a function of the size, geometry and kinematics of the regions from which they originate. Microlensing of the emission lines has been reported only in a handful of systems so far. In this paper we search for microlensing deformations of the optical spectra of pairs of images in 17 lensed quasars with bolometric luminosities between 1044.7 - 47.4 erg/s and black hole masses 107.6 - 9.8 M⊙. This sample is composed of 13 pairs of previously unpublished spectra and four pairs of spectra from literature. Our analysis is based on a simple spectral decomposition technique which allows us to isolate the microlensed fraction of the flux independently of a detailed modeling of the quasar emission lines. Using this technique, we detect microlensing of the continuum in 85% of the systems. Among them, 80% show microlensing of the broad emission lines. Focusing on the most common emission lines in our spectra (C III] and Mg II) we detect microlensing of either the blue or the red wing, or of both wings with the same amplitude. This observation implies that the broad line region is not in general spherically symmetric. In addition, the frequent detection of microlensing of the blue and red wings independently but not simultaneously with a different amplitude, does not support existing microlensing simulations of a biconical outflow. Our analysis also provides the intrinsic flux ratio between the lensed images and the magnitude of the microlensing affecting the continuum. These two quantities are particularly relevant for the determination of the fraction of matter in clumpy form in galaxies and for the detection of dark matter substructures via the identification of flux ratio anomalies. 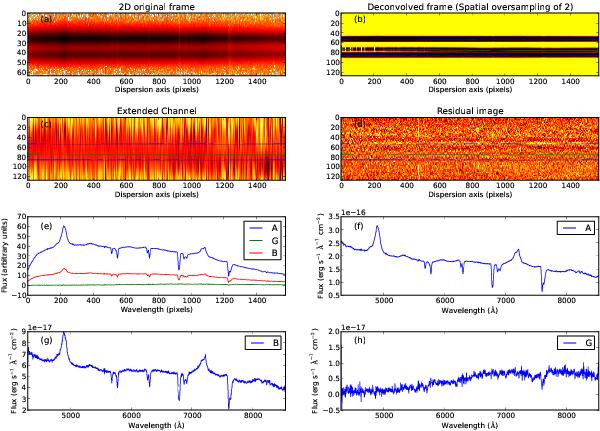