Context. The infrared deep sample (IDS), in the north ecliptical polar region (NEPR), is the first complete, far-IR selected sample, on which numerous studies of galaxy evolution are based. Such a sample allows direct investigation of the evolution of dusty galaxies up to a redshift of about 0.3, where the global star formation rate is known to evolve very fast. As discussed in previous papers, we performed optical and IR (ISOCAM, 15 μm,) follow-up of its galaxies and exploited our IR observations to correct the 60 μm fluxes for confusion effects and observational biases. In them we found indications of a significant incompleteness of IDS sample below S(60) ≃ 80 mJy. We constructed 15 μm and far-IR (60 μm) luminosity functions of a complete sample of 56 ISO/IRAS sources.
Aims: Here we present and analyze the spectral classification of several galaxies in the IDS sample together with rotation curves which allow estimating the lower mass limits of a subsample of objects.
Methods: We measured fluxes and intensity ratios of the emission lines in the visible region of the spectrum (λ4000-9000 Å) for 75 galaxy members. Moreover, for some of them (55%), the spectra obtained with the Keck II telescope have sufficient wavelength and spatial resolution to derive their rotation curve.
Results: These galaxies turn out to be disk like systems, with a high fraction (~50%) of interacting systems. The spectroscopic classification of 42 galaxies, using the emission-line ratio diagnostic diagrams, shows that the NEPR sample is predominantly composed of starburst galaxies (71%), while the fraction of AGNs (7%) and LINERs (21%) is small. The dynamical analysis allows us to estimate the lower mass limits of 39 galaxies.
Conclusions: The rest-frame FIR luminosity distribution of these galaxies spans the same range as that of the FIR selected complete sample, i.e. three orders of magnitude, with the same mean value, log(LFIR) = 10.2. This emphasizes that such galaxies represent FIR properties of the whole sample well. Moreover, their optical properties are typical of the sample itself since 62% of these belong to the 60 μm selected complete sample. 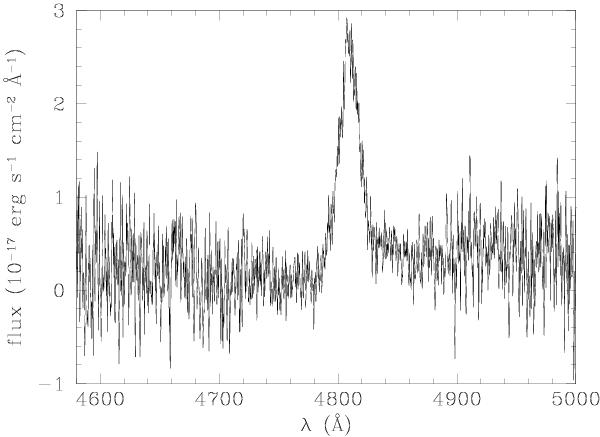