Chandra ACIS Survey of X-ray Point Sources in 383 Nearby Galaxies. I. The Source Catalog

The Chandra data archive is a treasure for various studies, and in this paper we exploit this valuable resource to study the X-ray point source populations in nearby galaxies. By 2007 December 14, 383 galaxies within 40 Mpc with isophotal major axis above 1 arcmin had been observed by 626 public ACIS observations, most of which were for the first time analyzed by this survey to study the X-ray point sources. Uniform data analysis procedures are applied to the 626 ACIS observations and lead to the detection of 28,099 point sources, which belong to 17,599 independent sources. These include 8700 sources observed twice or more and 1000 sources observed 10 times or more, providing us a wealth of data to study the long-term variability of these X-ray sources. Cross-correlation of these sources with galaxy isophotes led to 8519 sources within the D25 isophotes of 351 galaxies, 3305 sources between the D25 and 2D25 isophotes of 309 galaxies, and additionally 5735 sources outside 2D25 isophotes of galaxies. This survey has produced a uniform catalog, by far the largest, of 11,824 X-ray point sources within 2D25 isophotes of 380 galaxies. Contamination analysis using the log N-log S relation shows that 74% of sources within 2D25 isophotes above 1039 erg s-1, 71% of sources above 1038 erg s-1, 63% of sources above 1037 erg s-1, and 56% of all sources are truly associated with galaxies. Meticulous efforts have identified 234 X-ray sources with galactic nuclei of nearby galaxies. This archival survey leads to 300 ultraluminous X-ray sources (ULXs) with LX (0.3-8 keV) >= 2 × 1039 erg s-1within D25 isophotes, 179 ULXs between D25 and 2D25 isophotes, and a total of 479 ULXs within 188 host galaxies, with about 324 ULXs truly associated with host galaxies based on the contamination analysis. About 4% of the sources exhibited at least one supersoft phase, and 70 sources are classified as ultraluminous supersoft sources with LX (0.3-8 keV) >= 2 × 1038 erg s-1. With a uniform data set and good statistics, this survey enables future works on various topics, such as X-ray luminosity functions for the ordinary X-ray binary populations in different types of galaxies, and X-ray properties of galactic nuclei. 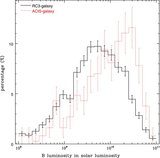