We report the discovery of photometric oscillations in the host star of the exoplanet WASP-33 b (HD 15082). The data were obtained in the R band in both transit and out-of-transit phases from the 0.3-m telescope and the Montcabrer Observatory and the 0.8-m telescope at the Montsec Astronomical Observatory. Proper fitting and subsequent removal of the transit signal reveals stellar photometric variations with a semi-amplitude of about 1 mmag. The detailed analysis of the periodogram yields a structure of significant signals around a frequency of 21 cyc d-1, which is typical of δ Scuti-type variable stars. An accurate study of the power spectrum reveals a possible commensurability with the planet orbital motion with a factor of 26, but this remains to be confirmed with additional time-series data that will permit the identification of the significant frequencies. These findings make WASP-33 the first transiting exoplanet host star with δ Sct variability and a very interesting candidate to search for star-planet interactions. 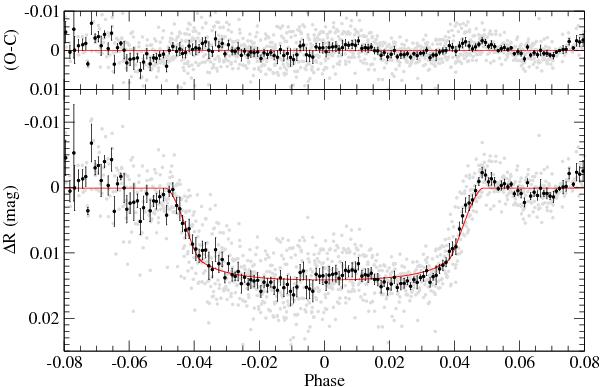