The Disk Population of the Taurus Star-Forming Region

We have analyzed nearly all images of the Taurus star-forming region at 3.6, 4.5, 5.8, 8.0, and 24 μm that were obtained during the cryogenic mission of the Spitzer Space Telescope (46 deg2) and have measured photometry for all known members of the region that are within these data, corresponding to 348 sources, or 99% of the known stellar population. By combining these measurements with previous observations with the Spitzer Infrared Spectrograph and other facilities, we have classified the members of Taurus according to whether they show evidence of circumstellar disks and envelopes (classes I, II, and III). Through these classifications, we find that the disk fraction in Taurus, N(II)/N(II+III), is ~75% for solar-mass stars and declines to ~45% for low-mass stars and brown dwarfs (0.01-0.3 M sun). This dependence on stellar mass is similar to that measured for Chamaeleon I, although the disk fraction in Taurus is slightly higher overall, probably because of its younger age (1 Myr versus 2-3 Myr). In comparison, the disk fraction for solar-mass stars is much lower (~20%) in IC 348 and σ Ori, which are denser than Taurus and Chamaeleon I and are roughly coeval with the latter. These data indicate that disk lifetimes for solar-mass stars are longer in star-forming regions that have lower stellar densities. Through an analysis of multiple epochs of Spitzer photometry that are available for ~200 Taurus members, we find that stars with disks exhibit significantly greater mid-infrared (mid-IR) variability than diskless stars, which agrees with the results of similar variability measurements for a smaller sample of stars in Chamaeleon I. The variability fraction for stars with disks is higher in Taurus than in Chamaeleon I, indicating that the IR variability of disks decreases with age. Finally, we have used our data in Taurus to refine the observational criteria for primordial, evolved, and transitional disks. The ratio of the number of evolved and transitional disks to the number of primordial disks in Taurus is 15/98 for spectral types of K5-M5, indicating a timescale of 0.15 × τprimordial ~ 0.45 Myr for the clearing of the inner regions of optically thick disks. After applying the same criteria to older clusters and associations (2-10 Myr) that have been observed with Spitzer, we find that the proportions of evolved and transitional disks in those populations are consistent with the measurements in Taurus when their star formation histories are properly taken into account.

Based on observations performed with the Spitzer Space Telescope. 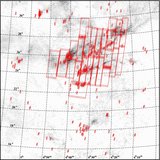