Of the 26 transiting exoplanet systems with measurements of the Rossiter-McLaughlin (RM) effect, eight have now been found to be significantly spin-orbit misaligned in the plane of the sky (i.e., RM misalignment angle |λ| >~ 30° and inconsistent with λ = 0°). Unfortunately, the RM effect does not constrain the complement misalignment angle between the orbit of the planet and the spin of its host star along the line of sight (LOS). I use a simple model of stellar rotation benchmarked with observational data to statistically identify 10 exoplanet systems from a sample of 75 for which there is likely a significant degree of spin-orbit misalignment along the LOS: HAT-P-7, HAT-P-14, HAT-P-16, HD 17156, Kepler-5, Kepler-7, TrES-4, WASP-1, WASP-12, and WASP-14. All 10 systems have host stellar masses M * in the range 1.2 M sun <~ M * <~ 1.5 M sun, and the probability of this occurrence by chance is less than one in ten thousand. In addition, the planets in the candidate-misaligned systems are preferentially massive and eccentric. The coupled distribution of misalignment from the RM effect and from this analysis suggests that transiting exoplanets are more likely to be spin-orbit aligned than expected given predictions for a transiting planet population produced entirely by planet-planet scattering or Kozai cycles and tidal friction. For that reason, there are likely two populations of close-in exoplanet systems: a population of aligned systems and a population of apparently misaligned systems in which the processes that lead to misalignment or to the survival of misaligned systems operate more efficiently in systems with massive stars and planets. 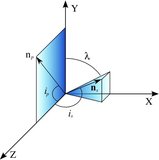