Discovery of a Wide Binary Brown Dwarf Born in Isolation

During a survey for stars with disks in the Taurus star-forming region using the Spitzer Space Telescope, we have discovered a pair of young brown dwarfs, FU Tau A and B, in the Barnard 215 dark cloud. They have a projected angular separation of 5farcs7, corresponding to 800 AU at the distance of Taurus. To assess the nature of these two objects, we have obtained spectra of them and constructed spectral energy distributions. Both sources are young (~1 Myr) according to their Hα emission, gravity-sensitive spectral features, and mid-infrared excess emission. The proper motion of FU Tau A provides additional evidence of its membership in Taurus. We measure spectral types of M7.25 and M9.25 for FU Tau A and B, respectively, which correspond to masses of ~0.05 and ~0.015 M sun according to the evolutionary models of Chabrier and Baraffe. FU Tau A is significantly overluminous relative to an isochrone passing through FU Tau B and relative to other members of Taurus near its spectral type, which may indicate that it is an unresolved binary. FU Tau A and B are likely to be components of a binary system based on the low probability (~3 × 10-4) that Taurus would produce two unrelated brown dwarfs with a projected separation of a <= 6''. Barnard 215 contains only one other young star and is in a remote area of Taurus, making FU Tau A and B the first spectroscopically confirmed brown dwarfs discovered forming in isolation rather than in a stellar cluster or aggregate. Because they were born in isolation and comprise a weakly bound binary, dynamical interactions with stars could not have played a role in their formation, and thus are not essential for the birth of brown dwarfs.

Based on observations performed with the Magellan Telescopes at Las Campanas Observatory and the Spitzer Space Telescope. 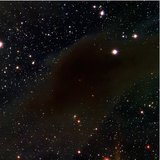