Coronal holes (CHs) are the source of high-speed streams (HSSs) in the solar wind, whose interaction with the slow solar wind creates corotating interaction regions (CIRs) in the heliosphere. Whenever the CIRs hit the Earth, they can cause geomagnetic storms. We develop a method to predict the strength of CIR/HSS-driven geomagnetic storms directly from solar observations using the CH areas and associated magnetic field polarity. First, we build a data set comprising the properties of CHs on the Sun, the associated HSSs, CIRs, and orientation of the interplanetary magnetic field (IMF) at L1, and the strength of the associated geomagnetic storms by the geomagnetic indices Dst and Kp. Then, we predict the Dst and Kp indices using a Gaussian process model, which accounts for the annual variation of the orientation of Earth's magnetic field axis. We demonstrate that the polarity of the IMF at L1 associated with CIRs is preserved in around 83 per cent of cases when compared to the polarity of their CH sources. Testing our model over the period 2010-2020, we obtained a correlation coefficient between the predicted and observed Dst index of R = 0.63/0.73, and Kp index of R = 0.65/0.67, for HSSs having a polarity towards/away from the Sun. These findings demonstrate the possibility of predicting CIR/HSS-driven geomagnetic storms directly from solar observations and extending the forecasting lead time up to several days, which is relevant for enhancing space weather predictions. 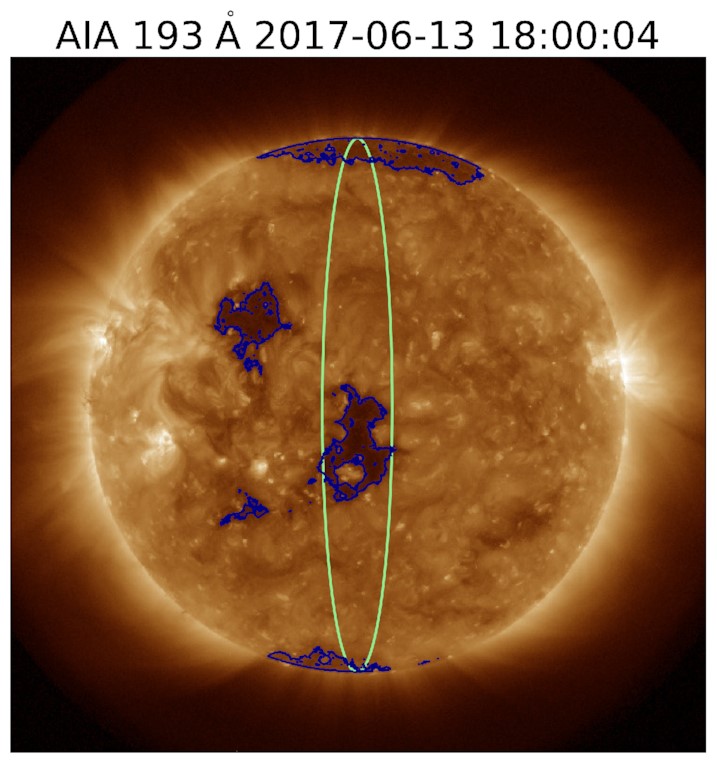