In this work, we investigate the structural properties, distribution and abundance of ΛCDM dark matter subhaloes using the Phi-4096 and Uchuu suite of N-body cosmological simulations. Thanks to the combination of their large volume, high mass resolution and superb statistics, we are able to quantify - for the first time consistently over more than seven decades in ratio of subhalo-to-host-halo mass - dependencies of subhalo properties on mass, maximum circular velocity, Vmax, host halo mass, and distance to host halo centre. We also dissect the evolution of these dependencies over cosmic time. We provide accurate fits for the subhalo mass and velocity functions, both exhibiting decreasing power-law slopes and with no significant dependence on redshift. We also find subhalo abundance to depend weakly on host halo mass. Subhalo structural properties are codified via a concentration parameter, cV, that does not depend on any pre-defined density profile and relies only on Vmax. We derive the cV-Vmax relation and find an important dependence on distance of the subhalo to the host halo centre. Interestingly, we also find subhaloes of the same mass to be significantly more concentrated when they reside inside more massive hosts. Finally, we investigate the redshift evolution of cV, and provide accurate fits. Our results offer an unprecedented detailed characterization of the subhalo population, consistent over a wide range of subhalo and host halo masses, as well as cosmic times. Thus, we expect our work to be particularly useful for any future research involving dark matter halo substructure. 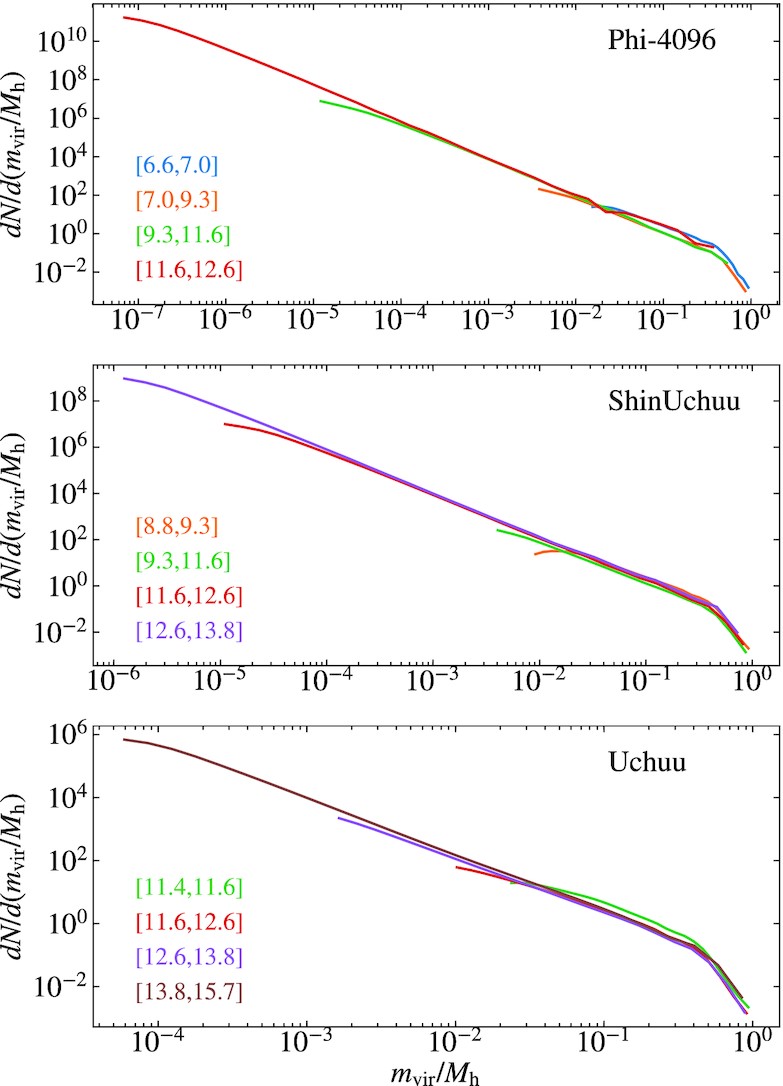