The distribution of close-in exoplanets is shaped by a complex interplay between atmospheric and dynamical processes. The Desert-Rim Exoplanets Atmosphere and Migration (DREAM) program aims at disentangling those processes through the study of the hot Neptune desert, whose rim hosts planets that are undergoing, or survived, atmospheric evaporation and orbital migration. In this first paper, we use the Rossiter-McLaughlin revolutions (RMR) technique to investigate the orbital architecture of 14 close-in planets ranging from mini-Neptune to Jupiter-size and covering a broad range of orbital distances. While no signal is detected for the two smallest planets, we were able to constrain the sky-projected spin-orbit angle of six planets for the first time, to revise its value for six others, and, thanks to constraints on the stellar inclination, to derive the 3D orbital architecture in seven systems. These results reveal a striking three-quarters of polar orbits in our sample, all being systems with a single close-in planet but of various stellar and planetary types. High-eccentricity migration is favored to explain such orbits for several evaporating warm Neptunes, supporting the role of late migration in shaping the desert and populating its rim. Putting our measurements in the wider context of the close-in planet population will be useful to investigate the various processes shaping their architectures. 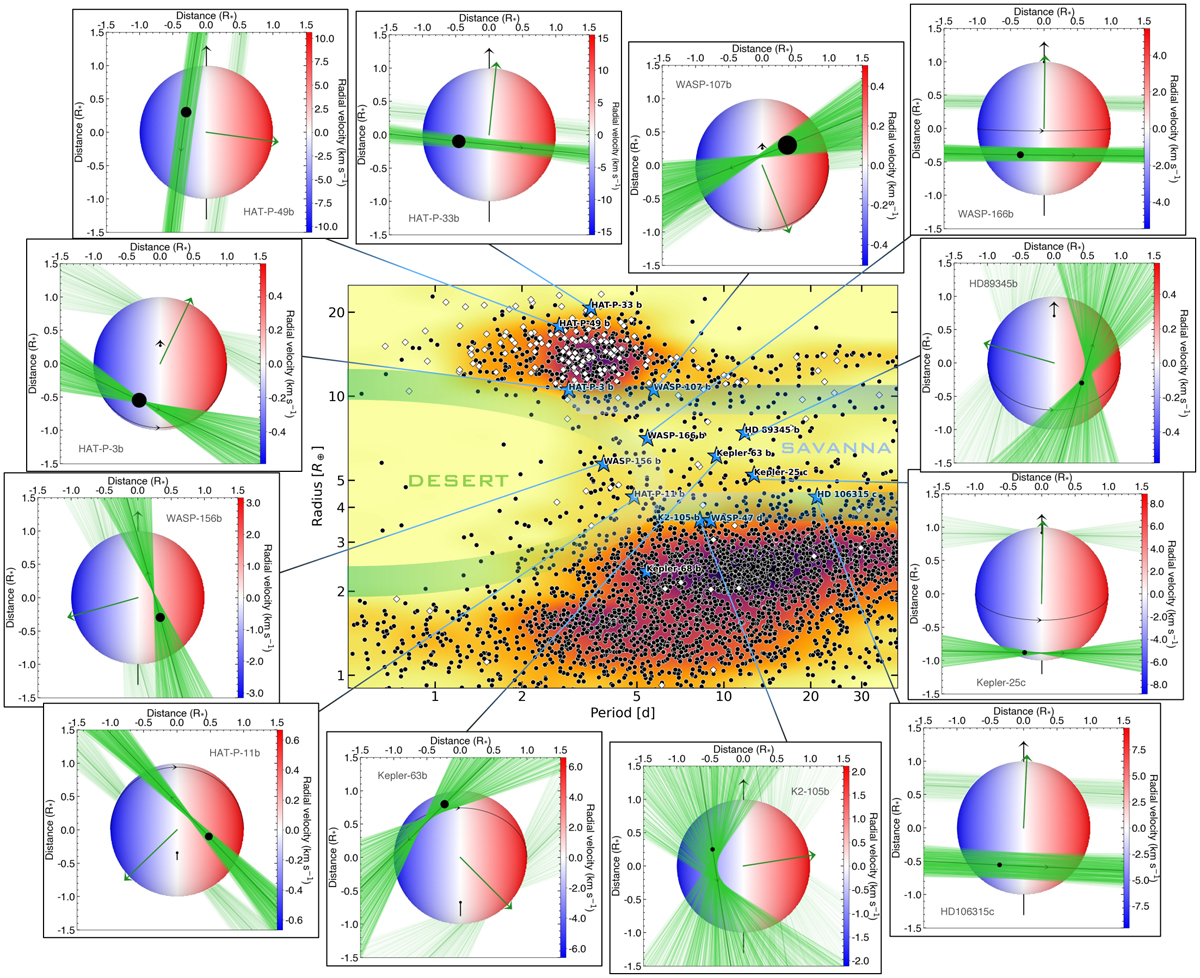