Context. The Sun is the source of different types of radio bursts that are associated with solar flares, for example. Among the most frequently observed phenomena are type III solar bursts. Their radio images at low frequencies (below 100 MHz) are relatively poorly studied due to the limitations of legacy radio telescopes.
Aims: We study the general characteristics of types IIIb and U with stria structure solar radio bursts in the frequency range of 20-80 MHz, in particular the source size and evolution in different altitudes, as well as the velocity and energy of electron beams responsible for their generation.
Methods: In this work types IIIb and U with stria structure radio bursts are analyzed using data from the LOFAR telescope including dynamic spectra and imaging observations, as well as data taken in the X-ray range (GOES and RHESSI satellites) and in the extreme ultraviolet (SDO satellite).
Results: In this study we determined the source size limited by the actual shape of the contour at particular frequencies of type IIIb and U solar bursts in a relatively wide frequency band from 20 to 80 MHz. Two of the bursts seem to appear at roughly the same place in the studied active region and their source sizes are similar. It is different in the case of another burst, which seems to be related to another part of the magnetic field structure in this active region. The velocities of the electron beams responsible for the generation of the three bursts studied here were also found to be different. 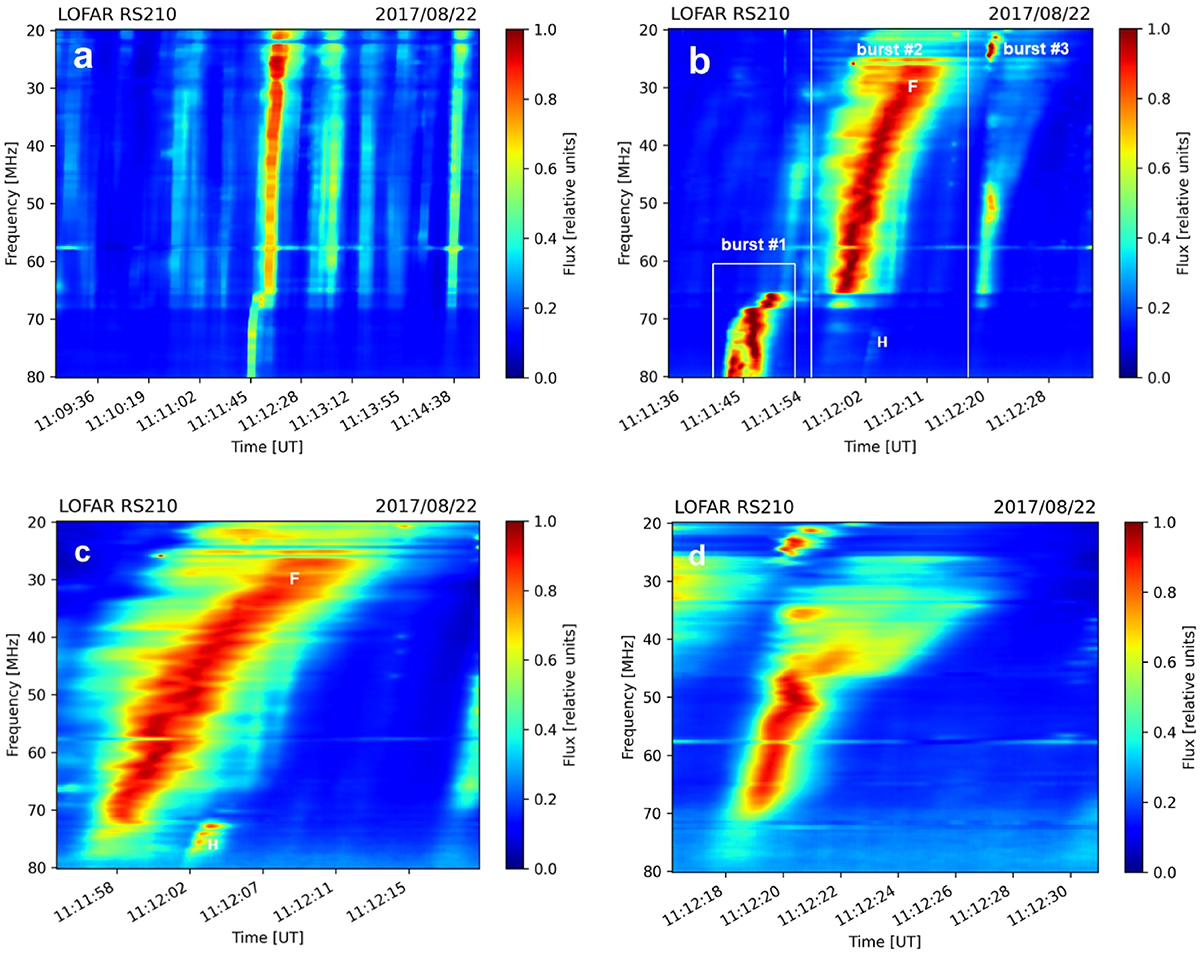