We introduce the neural network architecture SPENDER as a core differentiable building block for analyzing, representing, and creating galaxy spectra. It combines a convolutional encoder, which pays attention to up to 256 spectral features and compresses them into a low-dimensional latent space, with a decoder that generates a restframe representation, whose spectral range and resolution exceeds that of the observing instrument. The decoder is followed by explicit redshift, resampling, and convolution transformations to match the observations. The architecture takes galaxy spectra at arbitrary redshifts and is robust to glitches like residuals of the skyline subtraction, so that spectra from a large survey can be ingested directly without additional preprocessing. We demonstrate the performance of SPENDER by training on the entire spectroscopic galaxy sample of SDSS-II; show its ability to create highly accurate reconstructions with substantially reduced noise; perform deconvolution and oversampling for a super-resolution model that resolves the [OII] doublet; introduce a novel method to interpret attention weights as proxies for important spectral features; and infer the main degrees of freedom represented in the latent space. We conclude with a discussion of future improvements and applications. 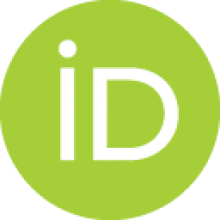