The Gaia-ESO survey: mapping the shape and evolution of the radial abundance gradients with open clusters

The spatial distribution of elemental abundances and their time evolution are among the major constraints to disentangle the scenarios of formation and evolution of the Galaxy. We used the sample of open clusters available in the final release of the Gaia-ESO survey to trace the Galactic radial abundance and abundance to iron ratio gradients, and their time evolution. We selected member stars in 62 open clusters, with ages from 0.1 to about 7~Gyr, located in the Galactic thin disc at Galactocentric radii from about 6 to 21~kpc. We analysed the shape of the resulting [Fe/H] gradient, the average gradients [El/H] and [El/Fe] combining elements belonging to four different nucleosynthesis channels, and their individual abundance and abundance ratio gradients. We also investigated the time evolution of the gradients dividing open clusters in three age bins. The[Fe/H] gradient has a slope of -0.054 dex~kpc-1. We saw different behaviours for elements belonging to different channels. We found that the youngest clusters in the inner disc have lower metallicity than their older counterpart and they outline a flatter gradient. We considered some possible explanations, including the effects of gas inflow and migration. We suggested that it might be a bias introduced by the standard spectroscopic analysis producing lower metallicities in low gravity stars. To delineate the shape of the `true' gradient, we should limit our analysis to stars with low surface gravity logg>2.5 and xi<1.8 km~s-1. Based on this reduced sample, we can conclude that the gradient has minimally evolved over the time-frame outlined by the open clusters, indicating a slow and stationary formation of the thin disc in the latest Gyr. We found a secondary role of clusters' migration in shaping the gradient, with a more prominent role of migration for the oldest clusters. 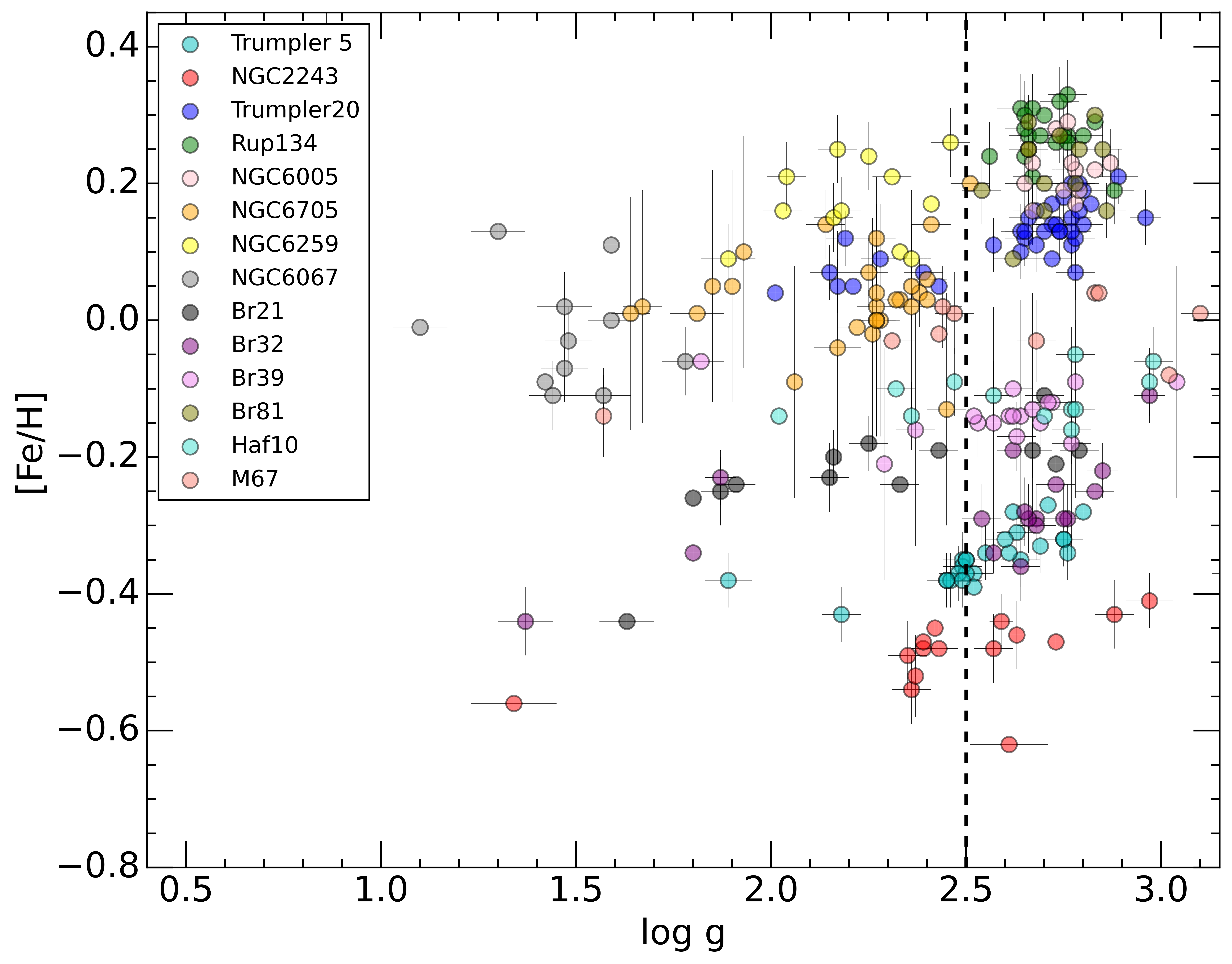