The MillenniumTNG Project: The large-scale clustering of galaxies

Modern redshift surveys are tasked with mapping out the galaxy distribution over enormous distance scales. Existing hydrodynamical simulations, however, do not reach the volumes needed to match upcoming surveys. We present results for the clustering of galaxies using a new, large volume hydrodynamical simulation as part of the MillenniumTNG (MTNG) project. With a computational volume that is $\approx15$ times larger than the next largest such simulation currently available, we show that MTNG is able to accurately reproduce the observed clustering of galaxies as a function of stellar mass. When separated by colour, there are some discrepancies with respect to the observed population, which can be attributed to the quenching of satellite galaxies in our model. We combine MTNG galaxies with those generated using a semi-analytic model to emulate the sample selection of luminous red galaxies (LRGs) and emission line galaxies (ELGs), and show that although the bias of these populations is approximately (but not exactly) constant on scales larger than $\approx10$ Mpc, there is significant scale-dependent bias on smaller scales. The amplitude of this effect varies between the two galaxy types, and also between the semi-analytic model and MTNG. We show that this is related to the distribution of haloes hosting LRGs and ELGs. Using mock SDSS-like catalogues generated on MTNG lightcones, we demonstrate the existence of prominent baryonic acoustic features in the large-scale galaxy clustering. We also demonstrate the presence of realistic redshift space distortions in our mocks, finding excellent agreement with the multipoles of the redshift-space clustering measured in SDSS data. 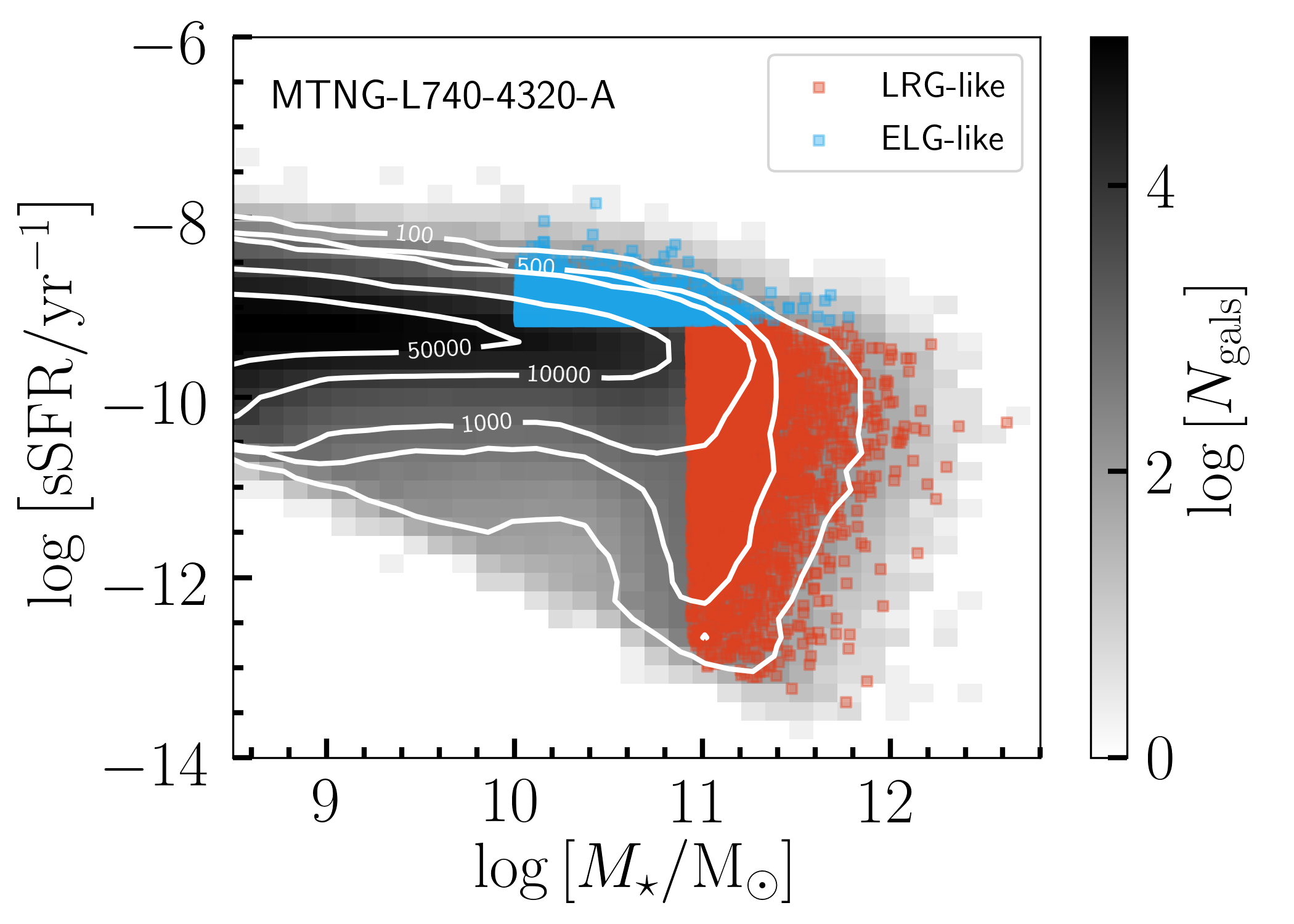