The Gaia DR3 Catalogue contains for the first time about eight hundred thousand solutions with either orbital elements or trend parameters for astrometric, spectroscopic and eclipsing binaries, and combinations of them. This paper aims to illustrate the huge potential of this large non-single star catalogue. Using the orbital solutions together with models of the binaries, a catalogue of tens of thousands of stellar masses, or lower limits, partly together with consistent flux ratios, has been built. Properties concerning the completeness of the binary catalogues are discussed, statistical features of the orbital elements are explained and a comparison with other catalogues is performed. Illustrative applications are proposed for binaries across the H-R diagram. The binarity is studied in the RGB/AGB and a search for genuine SB1 among long-period variables is performed. The discovery of new EL CVn systems illustrates the potential of combining variability and binarity catalogues. Potential compact object companions are presented, mainly white dwarf companions or double degenerates, but one candidate neutron star is also presented. Towards the bottom of the main sequence, the orbits of previously-suspected binary ultracool dwarfs are determined and new candidate binaries are discovered. The long awaited contribution of Gaia to the analysis of the substellar regime shows the brown dwarf desert around solar-type stars using true, rather than minimum, masses, and provides new important constraints on the occurrence rates of substellar companions to M dwarfs. Several dozen new exoplanets are proposed, including two with validated orbital solutions and one super-Jupiter orbiting a white dwarf, all being candidates requiring confirmation. Beside binarity, higher order multiple systems are also found. 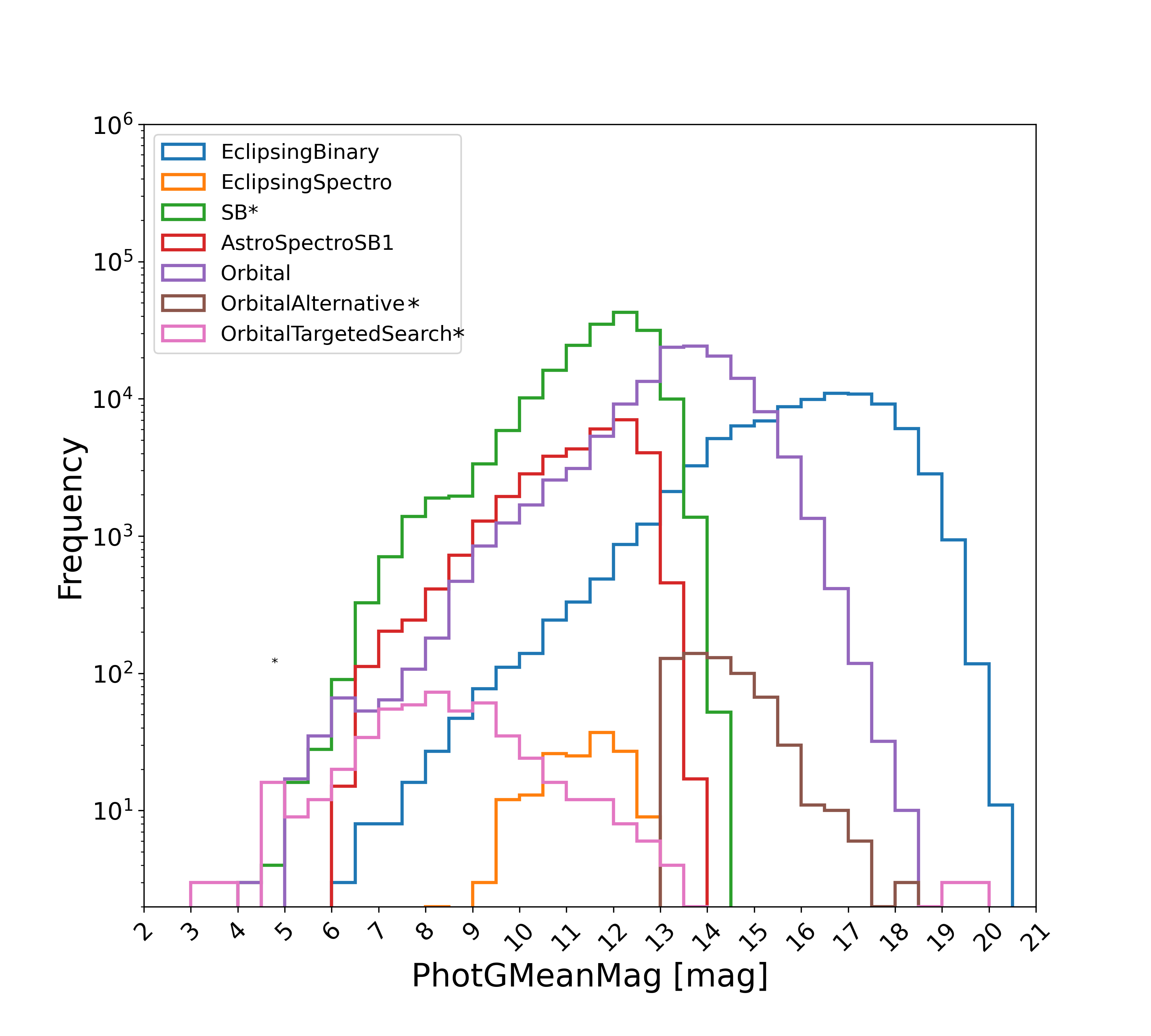