The $r$-process-enhanced (RPE) stars provide fossil records of the assembly history of the Milky Way and the nucleosynthesis of the heaviest elements. Observations by the $R$-Process Alliance (RPA) and others have confirmed that many RPE stars are associated with chemo-dynamically tagged groups, which likely came from accreted dwarf galaxies of the Milky Way (MW). However, we do not know how RPE stars are formed. Here, we present the result of a cosmological zoom-in simulation of an MW-like galaxy with $r$-process enrichment, performed with the highest resolution in both time and mass. Thanks to this advancement, unlike previous simulations, we find that most highly RPE ($r$-II; [Eu/Fe] $> +0.7$) stars are formed in low-mass dwarf galaxies that have been enriched in $r$-process elements for [Fe/H] $\,<-2.5$, while those with higher metallicity are formed in situ, in locally enhanced gas clumps that were not necessarily members of dwarf galaxies. This result suggests that low-mass accreted dwarf galaxies are the main formation site of $r$-II stars with [Fe/H] $\,<-2.5$. We also find that most low-metallicity $r$-II stars exhibit halo-like kinematics. Some $r$-II stars formed in the same halo show low dispersions in [Fe/H] and somewhat larger dispersions of [Eu/Fe], similar to the observations. The fraction of simulated $r$-II stars is commensurate with observations from the RPA, and the distribution of the predicted [Eu/Fe] for halo $r$-II stars matches that observed. These results demonstrate that RPE stars can be valuable probes of the accretion of dwarf galaxies in the early stages of their formation. 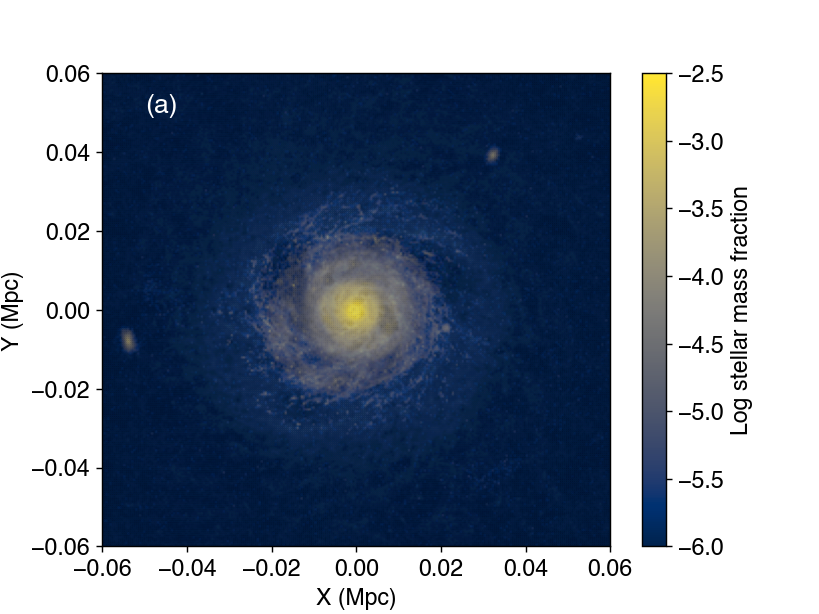