The dynamics of the inner Galaxy contain crucial clues for untangling the evolutionary history of the Milky Way. However, the inner Galaxy's gravitational potential is poorly constrained, partly because the length of the Galactic bar is currently under debate with length estimates ranging from 3.5-5 kpc. We present a novel method for constraining the length and pattern speed of the Galactic bar using 6D phase space information to directly integrate orbits. We verify our method with N-body simulations and find that the maximal extent of orbits in the bar is not always consistent with that of the potential used to calculate the orbits. It is only consistent when the length of the bar in said potential is similar to the N-body model from which the initial positions and velocities of the stars are sampled. When we apply the orbit integration method to $\approx$210,000 stars in APOGEE DR17 and $Gaia$ eDR3 data, we find a self-consistent result only for potential models with a dynamical bar length of $\approx$3.5 kpc and pattern speed of 39 km/s/kpc. We find the Milky Way's trapped bar orbits extend out to only $\approx$3.5 kpc, but there is also an overdensity of stars at the end of the bar out to 4.8 kpc which could be related to an attached spiral arm. We also find that the measured orbital structure of the bar is strongly dependent on the properties of the assumed potential. 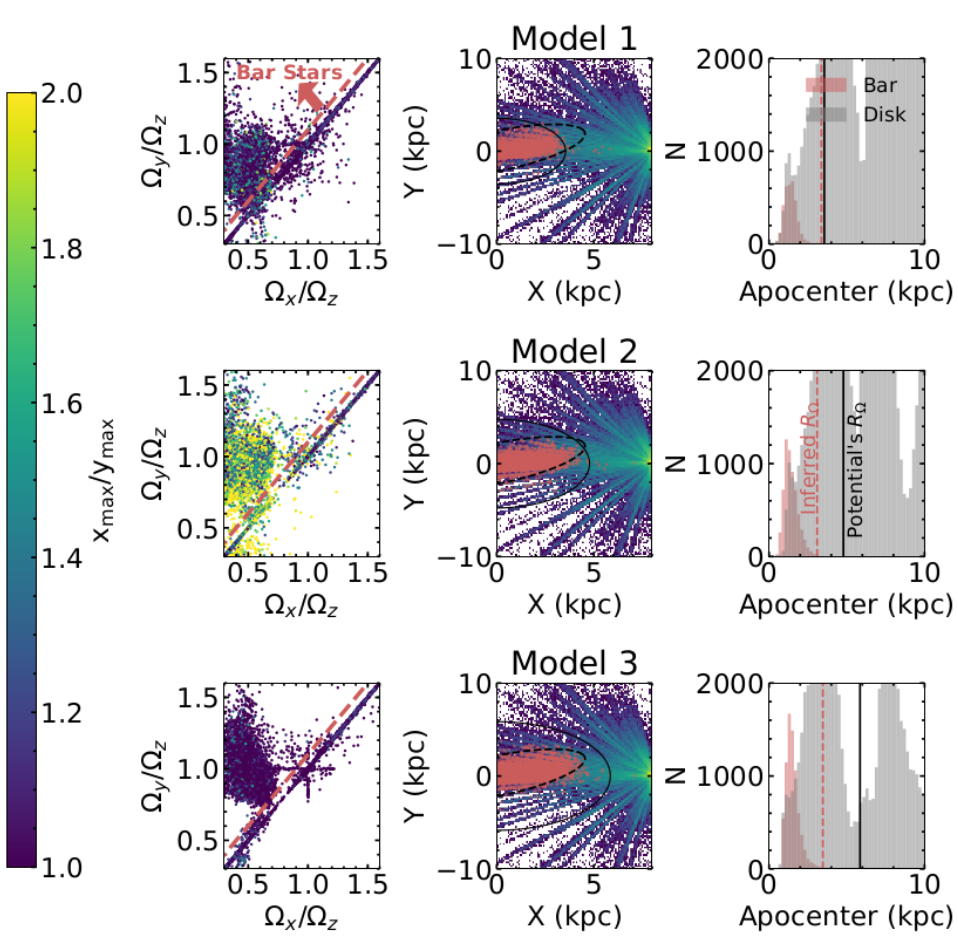