Evolution of primordial black holes in a dissipative FLRW universe

This paper deals with the study of the evolution of PBHs in an FLRW universe with dissipation due to bulk viscosity which is considered to be in the form of isentropic gravitational particle creation. Assuming that the process of evaporation is quite suppressed during the early radiation era, we obtain an analytic solution for the evolution of PBH mass by accretion during this era, subject to an initial condition. We also obtain an upper bound on the accretion efficiency $\epsilon$ for $a \sim a_r$, where $a_r$ is the point of transition from the early de Sitter to the radiation era. Furthermore, aided by Maple 13, we obtain numerical solutions for the mass of a hypothetical PBH with intial mass 100 g assumed to be formed at an epoch when the value of the Hubble parameter was, say, 1 km/s/Mpc. We consider three values of the accretion efficiency, $\epsilon=0.23,0.5$, and $0.89$ for our study. The analysis reveals that the mass of the PBH increases rapidly due to the accretion of radiation in the early stages of its evolution. The accretion continues but its rate decreases gradually with the evolution of the Universe. Finally, Hawking radiation comes into play and the rate of evaporation surpasses the rate of accretion so that the PBH mass starts to decrease. As the Universe grows, evaporation becomes the dominant phenomenon, and the mass of the PBH decreases at a faster rate. 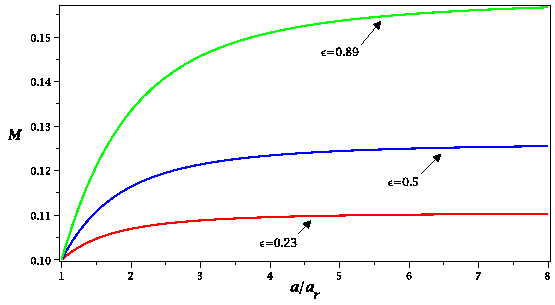