We present our findings on the occurrence of energetic nuclear transients in luminous and ultraluminous infrared galaxies (U/LIRGs). We used mid-infrared (IR) data from the Wide-field Infrared Survey Explorer (WISE) satellite and its NEOWISE survey to detect luminous and smoothly evolving transients in a sample of 215 U/LIRGs. Three new transients are reported, all with $\Delta L > 10^{43}$ erg s$^{-1}$, in addition to two known transients. We performed radiative transfer model fitting of their host galaxies to investigate their starburst properties and the contribution of an active galactic nucleus (AGN) to their luminosities. All the hosts are part of major galaxy mergers and have to have a significant contribution from an AGN. We characterised the transients through measurements of their luminosities and resulting energetics, all between 10$^{50.9}$ erg and 10$^{52.2}$ erg. The IR emission of the transients was found to be consistent with re-radiation by hot dust of emission at shorter wavelengths originating from an accretion event onto the supermassive black hole (SMBH). The corresponding transient rate of (1.6-5.0)$\times$10$^{-3}$ / yr / galaxy is over an order of magnitude higher than the rate of large amplitude flares shown by AGN in the optical. We suggest that the observed transients are part of a dust-obscured population of tidal disruption events (TDEs) that have remained out of reach of optical or X-ray surveys due to large column densities of obscuring dust and gas. The observed rate of events is significantly higher than the TDE rates within relatively dust-free galaxies. This can be expected in U/LIRG hosts undergoing a major galaxy merger with increased stellar densities in the nuclear regions due to recent starburst episodes. Future searches for such transients and multi-wavelength follow-up of their evolution is required to constrain their rate and nature. 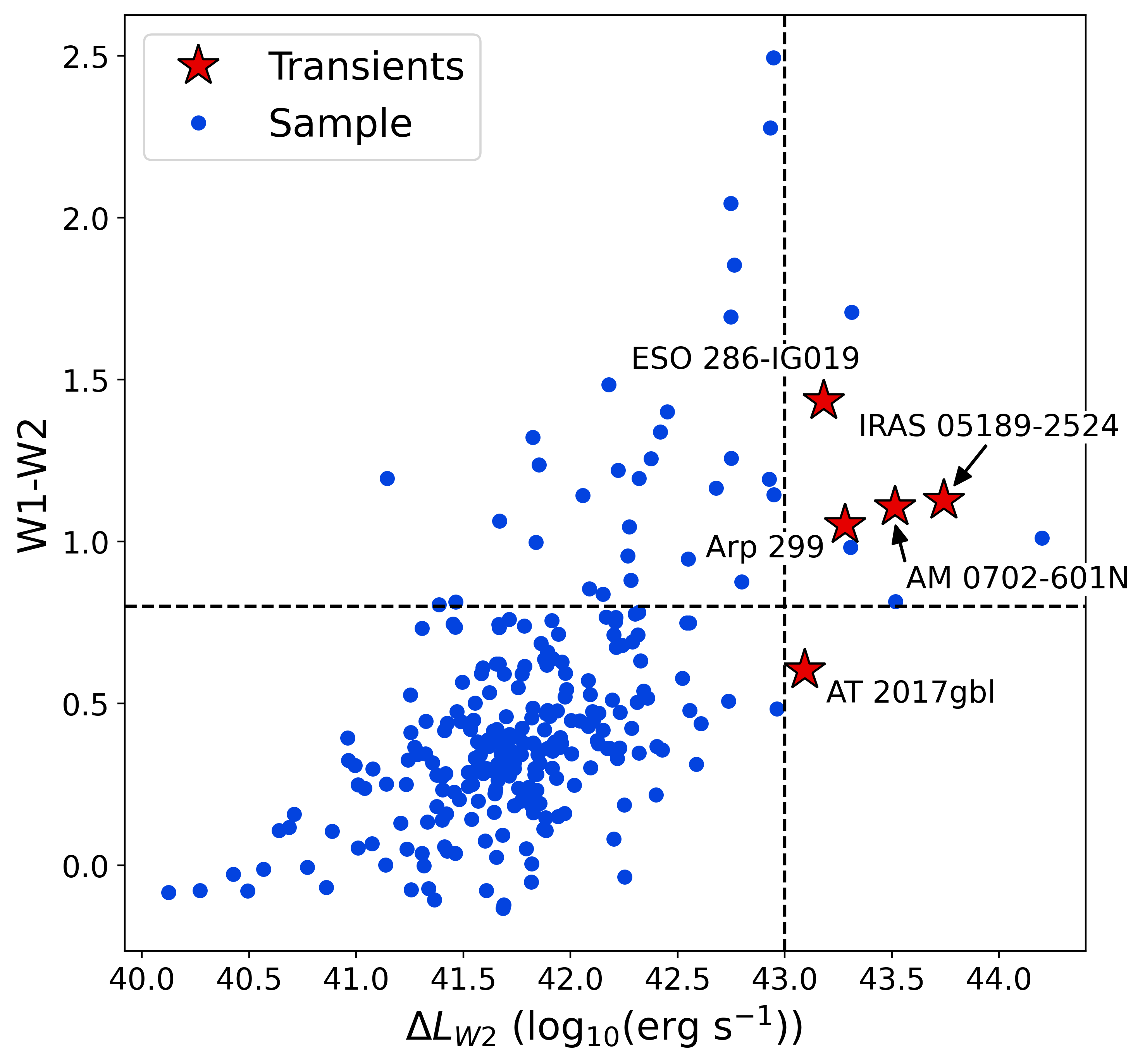