Weakly accreting black hole X-ray binaries launch compact radio jets that persist even in the quiescent spectral state, at X-ray luminosities ≲ 10-5 of the Eddington luminosity. However, radio continuum emission has been detected from only a few of these quiescent systems, and little is known about their radio variability. Jet variability can lead to misclassification of accreting compact objects in quiescence, and affects the detectability of black hole X-ray binaries in next-generation radio surveys. Here we present the results of a radio monitoring campaign of A0620 - 00, one of the best-studied and least-luminous known quiescent black hole X-ray binaries. We observed A0620 - 00 at 9.8 GHz using the Karl G Jansky Very Large Array on 31 epochs from 2017 to 2020, detecting the source $\sim 75{{\ \rm per\, cent}}$ of the time. We see significant variability over all time-scales sampled, and the observed flux densities follow a lognormal distribution with μ = 12.5 μJy and σ = 0.22 dex. In no epoch was A0620 - 00 as bright as in 2005 (51 ± 7 μJy), implying either that this original detection was obtained during an unusually bright flare, or that the system is fading in the radio over time. We present tentative evidence that the quiescent radio emission from A0620 - 00 is less variable than that of V404 Cyg, the only other black hole binary with comparable data. Given that V404 Cyg has a jet radio luminosity ~20 times higher than A0620 - 00, this comparison could suggest that less luminous jets are less variable in quiescence. 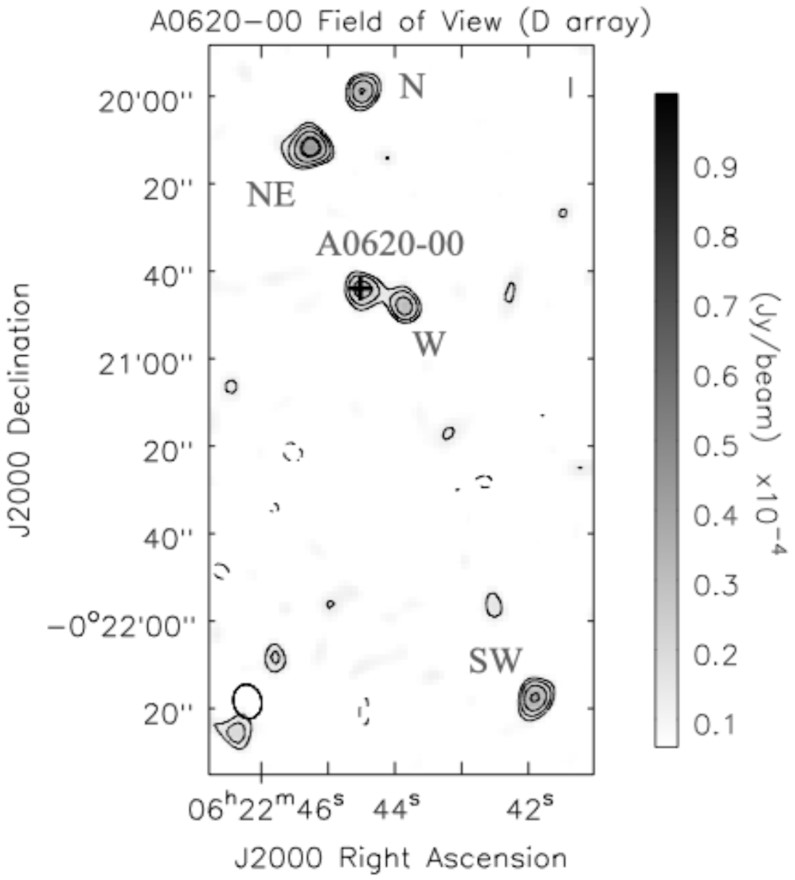