We present predictions, derived from the EAGLE ΛCDM cosmological hydrodynamical simulations, for the abundance and properties of galaxies expected to be detected at high redshift by the James Webb Space Telescope (JWST). We consider the galaxy population as a whole and focus on the sub-population of progenitors of Milky Way (MW) analogues, defined to be galaxies with accretion histories similar to the MW's, that is, galaxies that underwent a merger resembling the Gaia-Enceladus-Sausage (GES) event and that contain an analogue of the Large Magellanic Cloud (LMC) satellite today. We derive the luminosity function of all EAGLE galaxies in JWST/NIRCam passbands, in the redshift range z = 2 - 8, taking into account dust obscuration and different exposure times. For an exposure time of T = 105s, average MW progenitors are observable as far back as z ~ 6 in most bands, and this changes to z ~ 5 and z ~ 4 for the GES and LMC progenitors, respectively. The progenitors of GES and LMC analogues are, on average, ~2 and ~1 mag fainter than the MW progenitors at most redshifts. They lie, on average, within ~60 and 30 arcsec, respectively, of their future MW host at all times, and thus will appear within the field of view of JWST/NIRCam. We conclude that galaxies resembling the main progenitor of the MW and its major accreted components should be observable with JWST beyond redshift 2, providing a new and unique window in studying the formation history of our own galaxy. 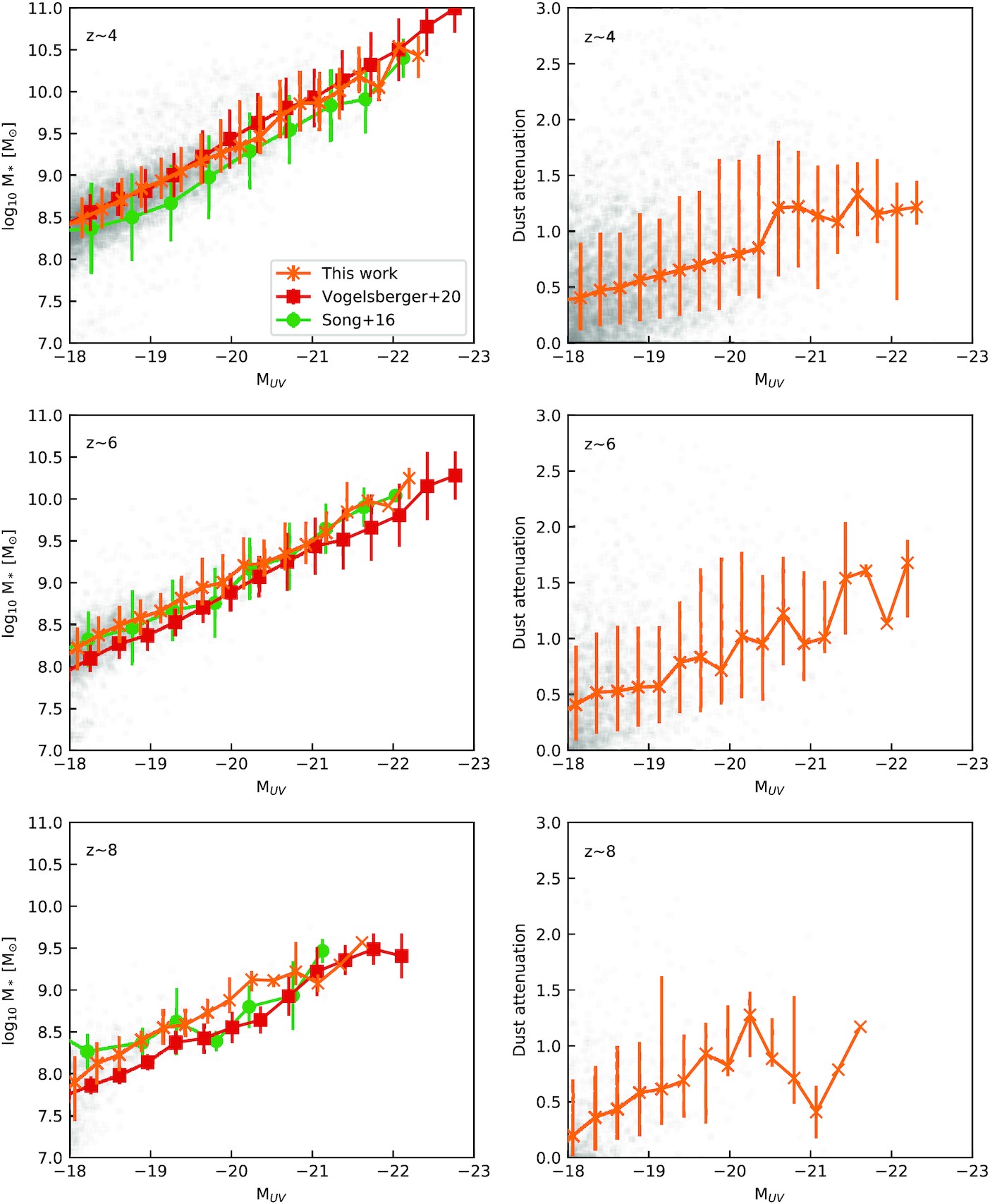