The processes of star formation and feedback, regulating the cycle of matter between gas and stars on the scales of giant molecular clouds (GMCs; ~100 pc), play a major role in governing galaxy evolution. Measuring the time-scales of GMC evolution is important to identify and characterize the specific physical mechanisms that drive this transition. By applying a robust statistical method to high-resolution CO and narrow-band H α imaging from the PHANGS survey, we systematically measure the evolutionary timeline from molecular clouds to exposed young stellar regions on GMC scales, across the discs of an unprecedented sample of 54 star-forming main-sequence galaxies (excluding their unresolved centres). We find that clouds live for about 1-3 GMC turbulence crossing times (5-30 Myr) and are efficiently dispersed by stellar feedback within 1-5 Myr once the star-forming region becomes partially exposed, resulting in integrated star formation efficiencies of 1-8 per cent. These ranges reflect physical galaxy-to-galaxy variation. In order to evaluate whether galactic environment influences GMC evolution, we correlate our measurements with average properties of the GMCs and their local galactic environment. We find several strong correlations that can be physically understood, revealing a quantitative link between galactic-scale environmental properties and the small-scale GMC evolution. Notably, the measured CO-visible cloud lifetimes become shorter with decreasing galaxy mass, mostly due to the increasing presence of CO-dark molecular gas in such environment. Our results represent a first step towards a comprehensive picture of cloud assembly and dispersal, which requires further extension and refinement with tracers of the atomic gas, dust, and deeply embedded stars. 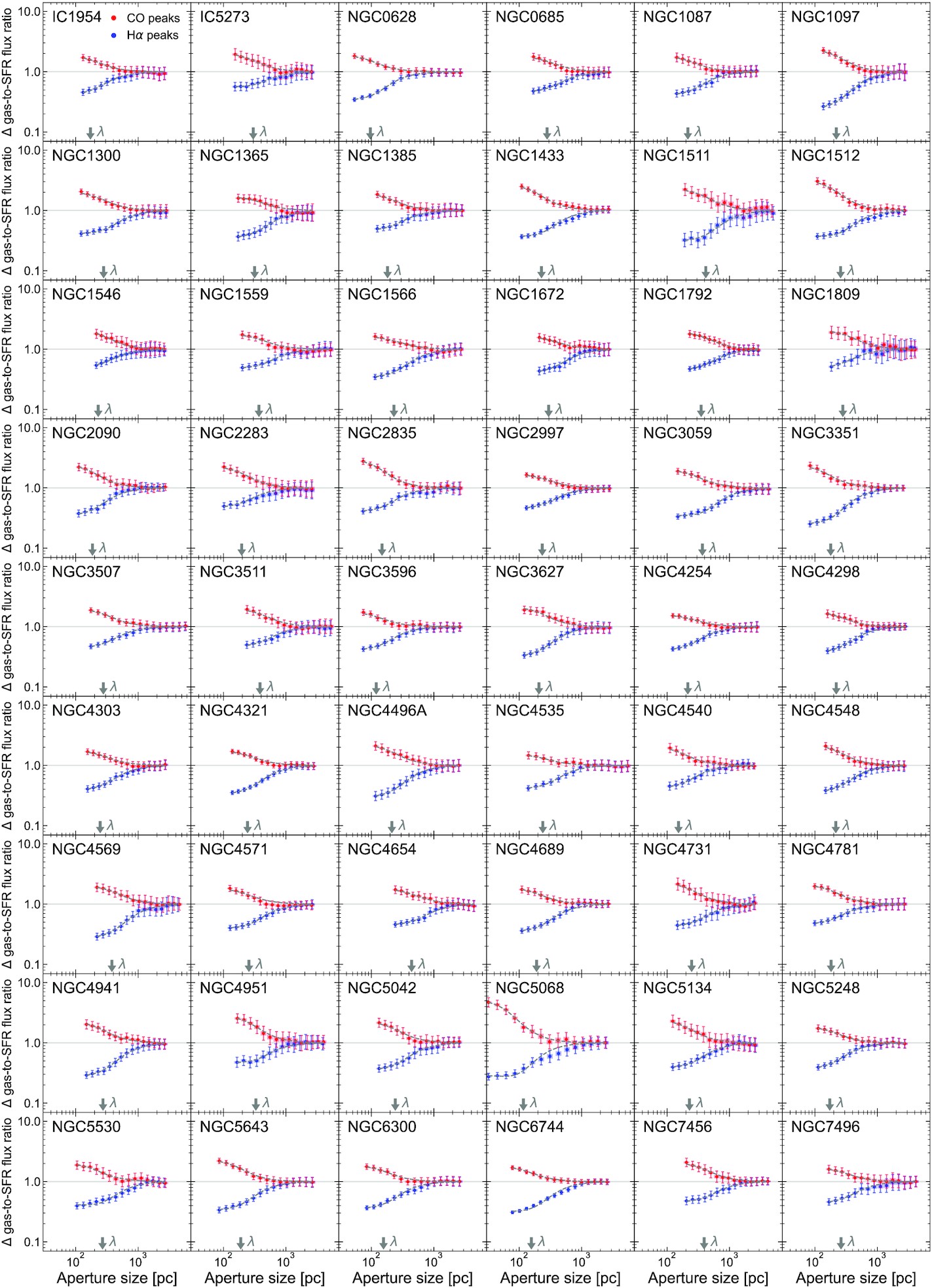