An orbital perspective on the starvation, stripping, and quenching of satellite galaxies in the EAGLE simulations

Using the EAGLE (Evolution and Assembly of GaLaxies and their Environments) suite of simulations, we demonstrate that both cold gas stripping and starvation of gas inflow play an important role in quenching satellite galaxies across a range of stellar and halo masses, M⋆ and M200. Quantifying the balance between gas inflows, outflows, and star formation rates, we show that even at z = 2, only $\approx 30{{\ \rm per\ cent}}$ of satellite galaxies are able to maintain equilibrium or grow their reservoir of cool gas - compared to $\approx 50{{\ \rm per\ cent}}$ of central galaxies at this redshift. We find that the number of orbits completed by a satellite on first-infall to a group environment is a very good predictor of its quenching, even more so than the time since infall. On average, we show that intermediate-mass satellites with M⋆ between will be quenched at $10^{9}\, {\rm M}_{\odot }\, {\rm and}\, 10^{10}\, {\rm M}_{\odot }$ first pericenter in massive group environments, $M_{200}\gt 10^{13.5}\, {\rm M}_{\odot }$; and will be quenched at second pericenter in less massive group environments, $M_{200}\lt 10^{13.5}\, {\rm M}_{\odot }$. On average, more massive satellites ($M_{\star }\gt 10^{10}\, {\rm M}_{\odot }$) experience longer depletion time-scales, being quenched between first and second pericenters in massive groups, while in smaller group environments, just $\approx 30{{\ \rm per\ cent}}$ will be quenched even after two orbits. Our results suggest that while starvation alone may be enough to slowly quench satellite galaxies, direct gas stripping, particularly at pericenters, is required to produce the short quenching time-scales exhibited in the simulation. 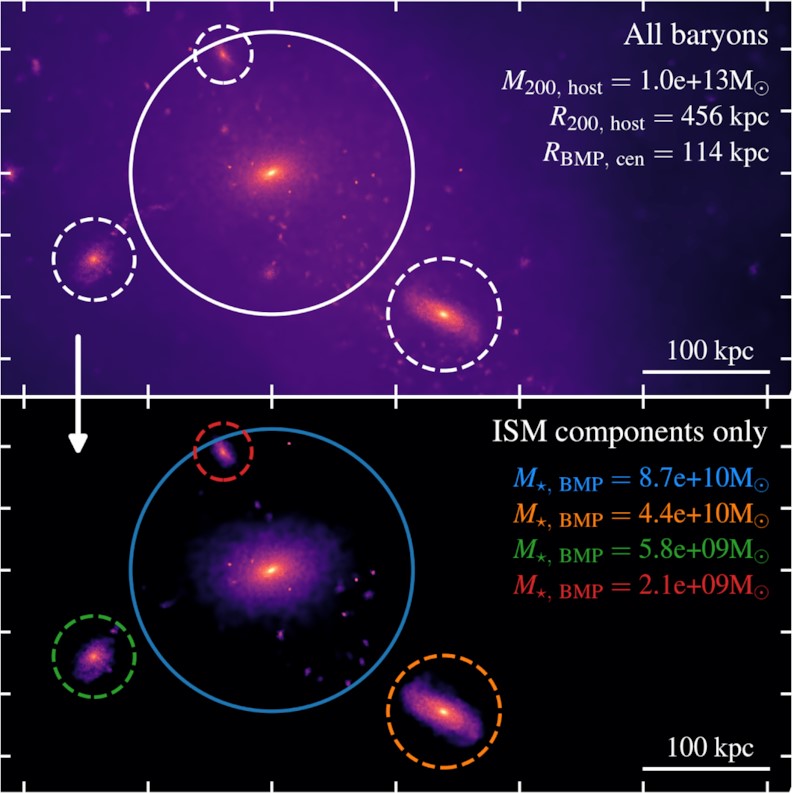