Molecular gas flows are analysed in 14 cluster galaxies (BCGs) centred in cooling hot atmospheres. The BCGs contain $10^{9}\!-\!10^{11}~\rm M_\odot$ of molecular gas, much of which is being moved by radio jets and lobes. The molecular flows and radio jet powers are compared to molecular outflows in 45 active galaxies within z < 0.2. We seek to understand the relative efficacy of radio, quasar, and starburst feedback over a range of active galaxy types. Molecular flows powered by radio feedback in BCGs are ~10-1000 times larger in extent compared to contemporary galaxies hosting quasar nuclei and starbursts. Radio feedback yields lower flow velocities but higher momenta compared to quasar nuclei, as the molecular gas flows in BCGs are usually ~10-100 times more massive. The product of the molecular gas mass and lifting altitude divided by the AGN or starburst power - a parameter referred to as the lifting factor - exceeds starbursts and quasar nuclei by 2-3 orders of magnitude, respectively. When active, radio feedback is generally more effective at lifting gas in galaxies compared to quasars and starburst winds. The kinetic energy flux of molecular clouds generally lies below and often substantially below a few per cent of the driving power. We find tentatively that star formation is suppressed in BCGs relative to other active galaxies, perhaps because these systems rarely form molecular discs that are more impervious to feedback and are better able to promote star formation. 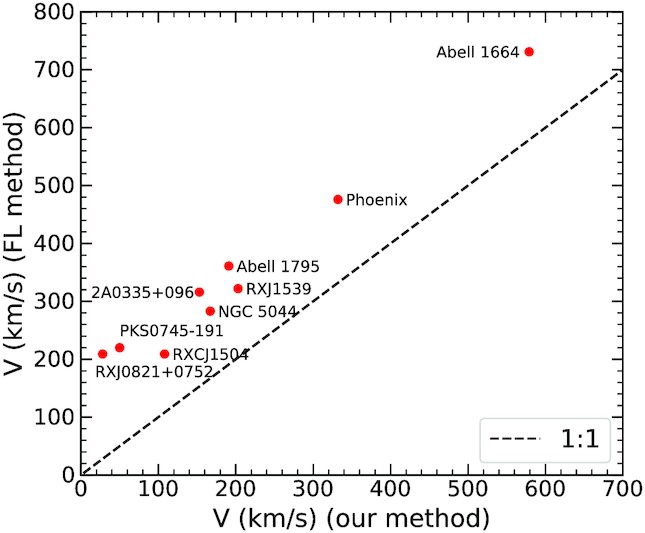