Recovering the birth radii of observed stars in the Milky Way is one of the ultimate goals of Galactic Archaeology. One method to infer the birth radius and the evolution of the interstellar medium (ISM) metallicity assumes a linear relation between the ISM metallicity with radius at any given look-back time. Here, we test the reliability of this assumption by using four zoom-in cosmological hydrodynamic simulations from the NIHAO-UHD project. We find that one can infer precise birth radii only when the stellar disc starts to form, which for our modelled galaxies happens ~10 Gyr ago, in agreement with recent estimates for the Milky Way. With a current day measurement of ISM metallicity gradient of -0.05 dex and a dispersion of 0.03 dex, the intrinsic uncertainty in inferring Rbirth is ~0.6 kpc. At later times, the linear correlation between the ISM metallicity and radius increases, as stellar motions become more ordered and the azimuthal variations of the ISM metallicity start to drop. The formation of a central bar and perturbations from mergers can increase this uncertainty in the inner and outer disc, respectively. 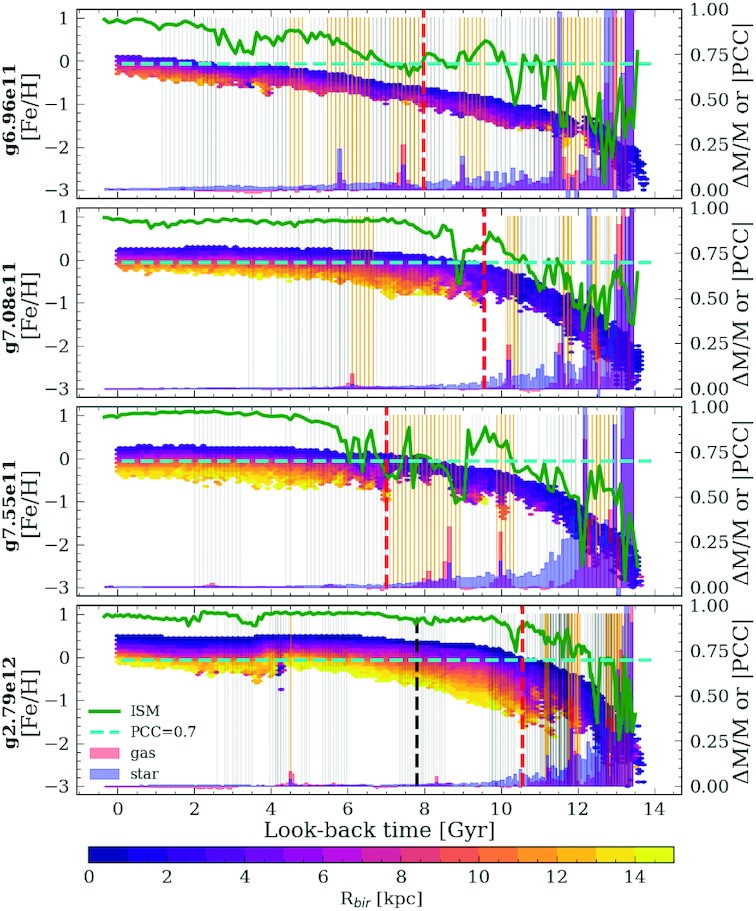