We present results on the recently discovered stellar system YMCA-1, for which physical nature and belonging to any of the Magellanic System galaxies have been irresolutely analysed. We used SMASH and Gaia Early Data Release 3 data sets to conclude that we are dealing with a small star cluster. Its reddening-free, field star decontaminated colour-magnitude diagram was explored in order to obtain the cluster parameters. We found that YMCA-1 is a small (435 ${\rm \, M_\odot }$), moderately old (age = 9.6 Gyr), moderately metal-poor ([Fe/H] = -1.16 dex) star cluster, located at a nearly Small Magellanic Cloud (SMC) distance (60.9 kpc) from the Sun, at ~17.1 kpc to the east from the Large Magellanic Cloud (LMC) centre. The derived cluster brightness and size would seem to suggest some resemblance to the recently discovered faint star clusters in the Milky Way (MW) outer halo, although it does not match their age-metallicity relationship, nor those of MW globular clusters formed in situ or ex situ, nor that of LMC clusters either, but is in agreement with that of SMC old star clusters. We performed numerical Monte Carlo simulations integrating its orbital motion backwards in the MW-LMC-SMC system with radially extended dark matter haloes that experience dynamical friction, and by exploring different radial velocity (RV) regimes for YMCA-1. For RVs ≳ 300 km s-1, the cluster remains bound to the LMC during the last 500 Myr. The detailed tracked kinematic of YMCA-1 suggests that it could have been stripped by the LMC from the SMC during any of the close interactions between both galaxies, a scenario previously predicted by numerical simulations. 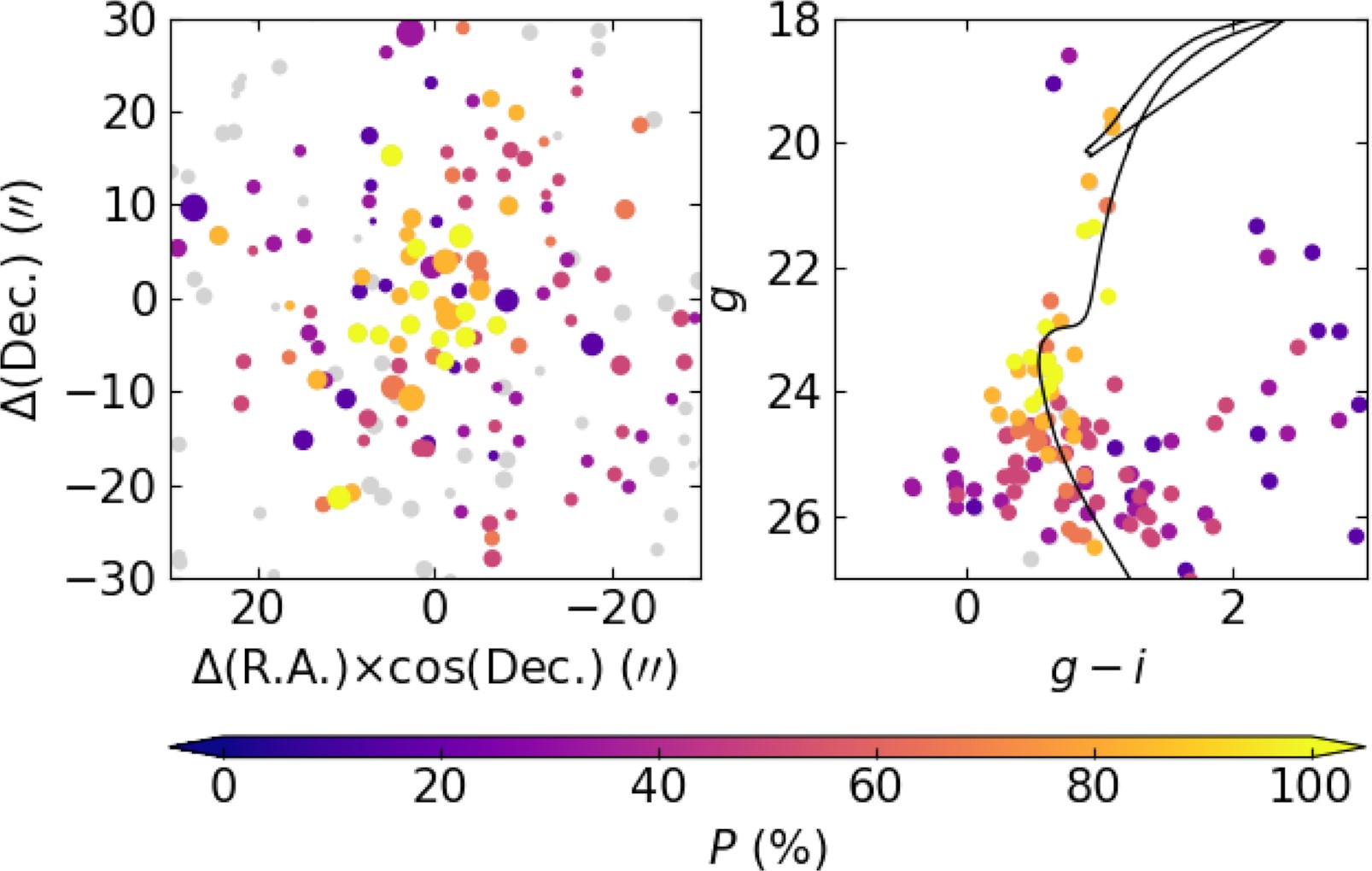