Why most molecular clouds are gravitationally dominated

Observational and theoretical evidence suggests that a substantial population of molecular clouds (MCs) appear to be unbound, dominated by turbulent motions. However, these estimations are made typically via the classical virial parameter $\alpha _{\rm vir}^{\rm class}$, which is an observational proxy to the virial ratio between the kinetic and the gravitational energy. This parameter intrinsically assumes that MCs are isolated, spherical, and with constant density. However, MCs are embedded in their parent galaxy and thus are subject to compressive and disruptive tidal forces from their galaxy, exhibit irregular shapes, and show substantial substructure. We, therefore, compare the typical estimations of $\alpha _{\rm vir}^{\rm class}$ to a more precise definition of the virial parameter, $\alpha _{\rm vir}^{\rm full}$, which accounts not only for the self-gravity (as $\alpha _{\rm vir}^{\rm class}$), but also for the tidal stresses, and thus, it can take negative (self-gravity) and positive (tides) values. While we recover the classical result that most of the clouds appear to be unbound, having $\alpha _{\rm vir}^{\rm class}\gt 2$, we show that, with the more detailed definition considering the full gravitational energy, (i) 50 per cent of the total population is gravitationally bound, however, (ii) another 20 per cent is gravitationally dominated, but with tides tearing them apart; (iii) the source of those tides does not come from the galactic structure (bulge, halo, spiral arms), but from the molecular cloud complexes in which clouds reside, and probably (iv) from massive young stellar complexes, if they were present. (v) Finally, our results also suggest that, interstellar turbulence can have, at least partially, a gravitational origin. 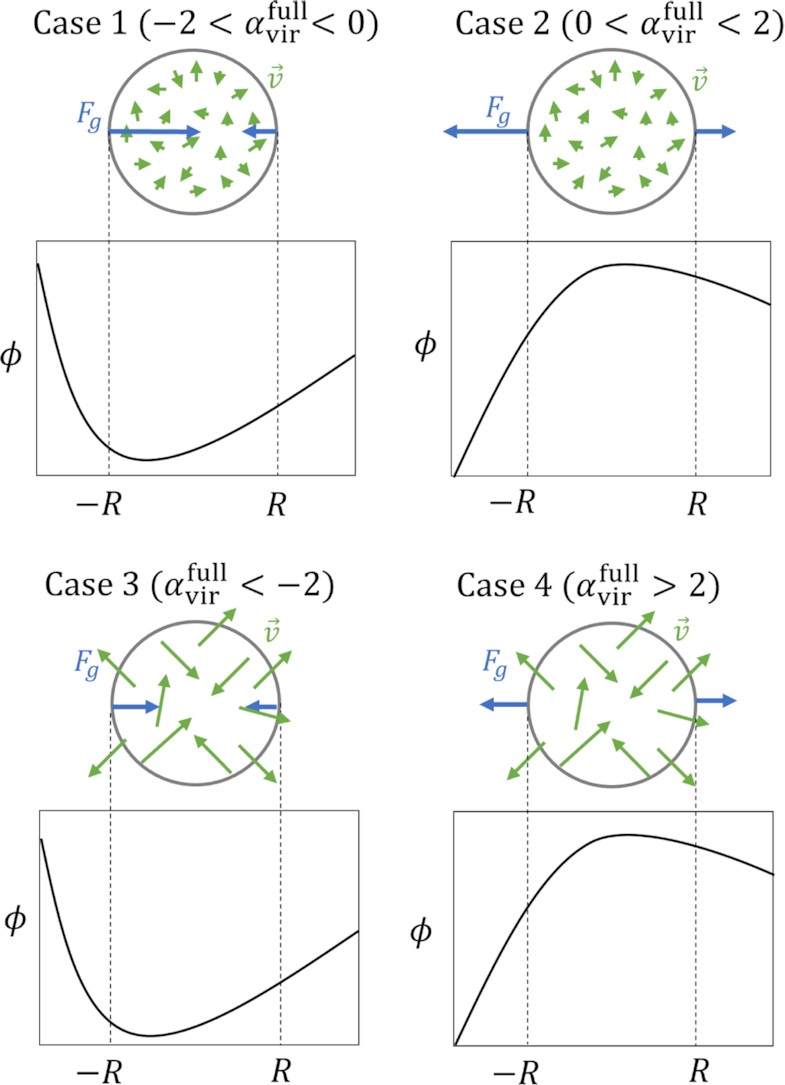